Coach of Australian swimmer Ariarne Titmus delivered one of the moments of the Tokyo Olympics so far on Monday by launching into a spectacular celebration after his pupil clinched gold in the women's 400m freestyle. 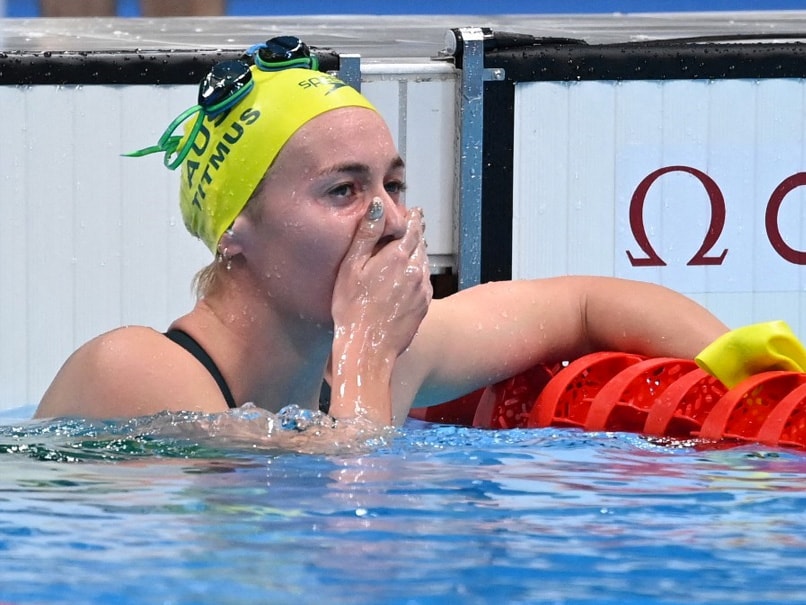 The coach of Australian swimmer Ariarne Titmus delivered one of the moments of the Tokyo Olympics so far on Monday by launching into a spectacular celebration after his pupil clinched gold in the women's 400m freestyle. As Titmus touched the wall ahead of fierce American rival Katie Ledecky, her coach Dean Boxall turned feral, much to the delight of thousands on social media. The roaring Boxall kicked the air and hammered his fists before finally ripping off his mask and thrusting against the barrier in front of him.

At one point a Japanese girl working as a volunteer appears to make an attempt to restrain Boxall, but he remained undeterred.

Boxall later broke into tears as Titmus collected her gold medal on the podium at the Tokyo Aquatics Centre, with no fans present due to coronavirus restrictions.

"I could see Dean on the other side bawling his eyes out," Titmus, 20, said.

"I don't really feel the hype, it's more you guys. I just try to race the best I can and ignore everything else.

"I honestly thought I'd be more nervous coming into this but Dean said to me ‘look, you know how to swim, this is just a big swimming race, you just have to do what you know how to do'."

Titmus edged a sensational race to beat Ledecky, the five-time gold medallist who had never previously lost an Olympic final.

“It is the biggest thing you can pull off in your sporting career, so I'm over the moon," Titmus said.

Ledecky was magnanimous in defeat. "I couldn't do much better than that," she said. "It was a tremendous race, a lot of fun. I can't be too disappointed.

Comments
Topics mentioned in this article
Olympics 2020 Swimming Olympics
Get the latest updates on ICC T20 Worldcup 2022, check out the Schedule and Live Score. Like us on Facebook or follow us on Twitter for more sports updates. You can also download the NDTV Cricket app for Android or iOS.