Tokyo Olympics: Shooter Angad Vir Singh Bajwa had scores of 25, 24, 24 in the first three series to be placed 11th on countback in Men's Skeet and has a top-six finals spot well in sight. 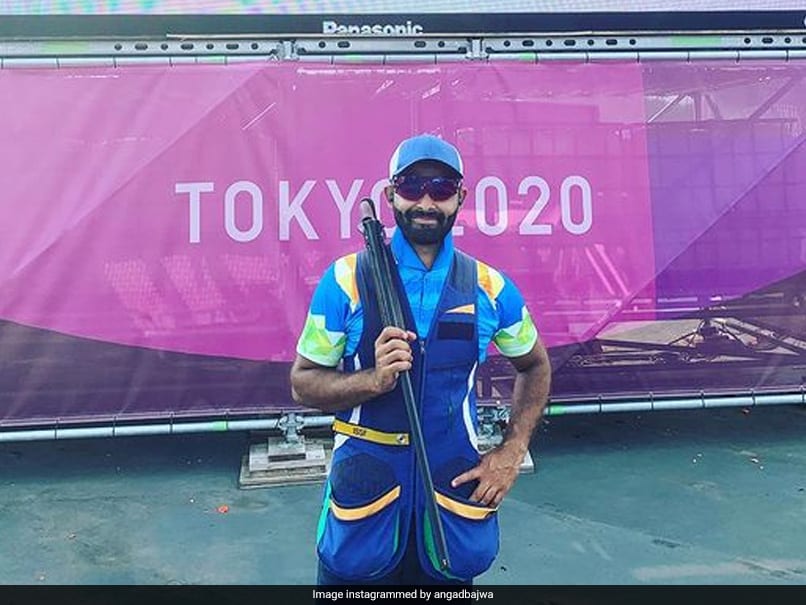 Angad Vir Singh Bajwa missed two targets out of 75, to be placed 11th on countback in Men's Skeet and has a top-six finals spot well in sight. Competing at the Asaka Shooting range on Sunday, Angad had scores of 25, 24, 24 in the first three series and will come back on Monday to shoot the final two series in qualifying. Compatriot Mairaj Ahmad Khan shot 71 to be in placed 25th out of the 30 shooters in the fray. Men's Skeet is the only event with Indian interest in shooting in Tokyo Olympics on Monday and the finals are scheduled for 12.20 pm IST.

Earlier on Sunday, India's ace shooters Deepak Kumar and Divyansh Singh Panwar failed to qualify for the medal round in the Men's 10m Air Rifle Qualification after finishing 26th and 32nd respectively, at the Asaka Shooting Range.

Deepak Kumar accumulated 624.7 points at an average of 10.412 after shooting 60 shots on target while Divyansh Singh Panwar gathered 622.8 points in the qualifications, which in the end was just not good enough to make it to the 8-player final.

Earlier, Manu Bhaker and Yashaswini Singh Deswal also failed to qualify for the medal round after finishing 12th and 13th respectively in the Women's 10m Air Pistol Qualification.

The world number two Manu Bhaker amassed 575 points at an average of 9.583 after shooting 60 shots on target while the world number one Yashaswini Singh Deswal gathered 574 in the qualifications.

Sponsored by Vuukle
Comments
Topics mentioned in this article
Olympics 2020 Olympics India Yashaswini Deswal Manu Bhaker Divyansh Singh Panwar Shooting
Get the latest updates on IPL Auction 2023 and check out  IPL 2023 and Live Cricket Score. Like us on Facebook or follow us on Twitter for more sports updates. You can also download the NDTV Cricket app for Android or iOS.