Indian archer Atanu Das shocked South Korea's Oh Jin Hyek in a nail-biting finish to make it to the 1/8 Elimination round in the men's individual archery eventat the Yumenoshima Ranking Field on Thursday. 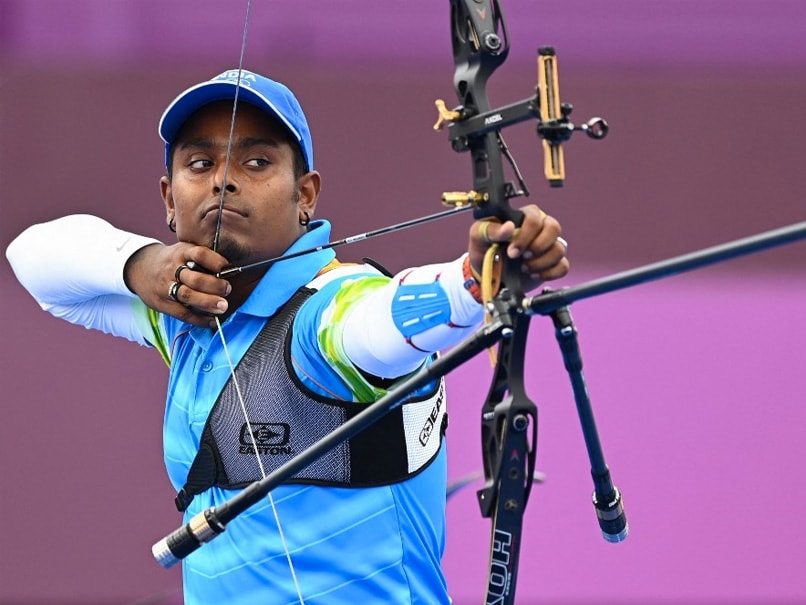 Indian archer Atanu Das shocked South Korea's Oh Jin Hyekin a nail-biting finish to make it to the 1/8 Elimination round in the men's individual archery event at the Yumenoshima Ranking Field on Thursday. The third-seed Korean started the match with a decent 8-9-9 and Das replied with 8-8-9, giving Jin Hyek two points in the first set. Das came strongly in the second set with three 9s, Oh missed the chance to take the two points after hitting an 8 in the last arrow.

The third set also had the same output with both archers sharing the points. Jin Hyek 8-10-9 and Indian aimed 9-9-9. With his back against the wall, Atanu responded brilliantly and took the fourth set 8-9-10 and the Korean replied with 9-7-6 to force a decider.

The fifth set tested the nerves of both archers as they both again shared the points and progressed into shoot-off.

Aiming first in the shoot-off, Jinhyek shot a 9 to which Atanu replied with a brilliant 10 and sealed the match. With this win, he has cruised into the 1/8 Eliminations round.

Earlier in the day, Atanu defeated Chinese Taipei's Yu-Cheng Dang in the ongoing Tokyo 2020 Olympics 6-4 in the 1/32 Elimination round.

Comments
Topics mentioned in this article
Olympics 2020 Olympics Archery India
Get the latest updates on IPL 2021, check out the IPL 2021 Schedule and Indian Premier League Live Score . Like us on Facebook or follow us on Twitter for more sports updates. You can also download the NDTV Cricket app for Android or iOS.