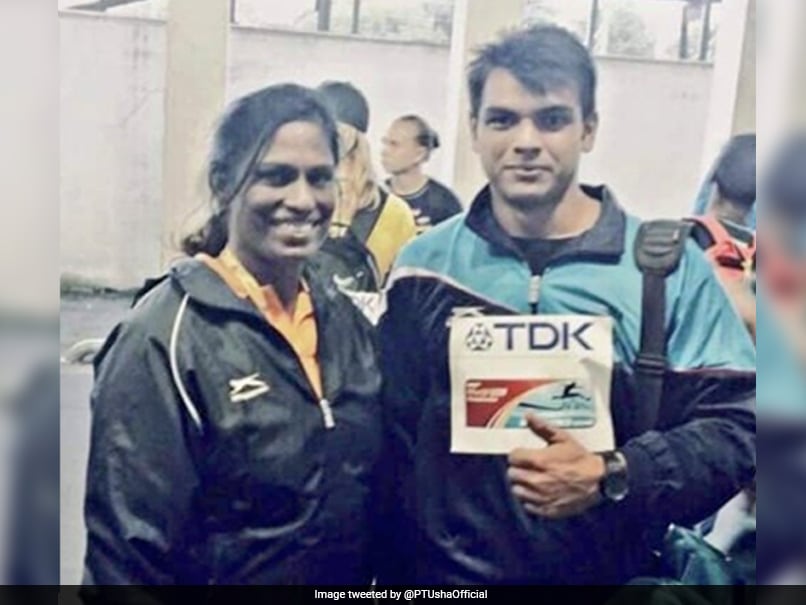 Legendary Indian sprinter PT Usha on Saturday thanked Neeraj Chopra for "realising her unfinished dream" after he won the men's javelin throw gold medal at the Tokyo Olympics. Neeraj Chopra registered a best attempt of 87.58m in the final to become the first Indian to win an Olympic gold medal in athletics. "Realised my unfinished dream today after 37 years," PT Usha tweeted along with a picture of her with the star javelin thrower. "Thank you my son," she added.

A gold medal in track and field had long eluded India before Chopra's heroics on Saturday.

"It feels unbelievable," Neeraj Chopra said after the final.

"It is the first time India has won a gold in athletics, so I feel very good. We have just one gold here in other sports," he said.

"In the qualification round, I threw very well so I knew I could do better in the final," the 23-year-old said.

He had topped the charts in qualification before his stunning performance in the final.

Comments
Topics mentioned in this article
Olympics 2020 India Neeraj Chopra Athletics Olympics
Get the latest updates on Fifa Worldcup 2022 and check out  Fifa World Cup Schedule, Stats and Live Cricket Score. Like us on Facebook or follow us on Twitter for more sports updates. You can also download the NDTV Cricket app for Android or iOS.