Neeraj Chopra Made This Promise In 2017, He Fulfils It With Olympic Gold At Tokyo Olympics

Neeraj Chopra made a public vow on Twitter in 2017, one that he has prophetically fulfilled with his gold medal in the men's javelin event at the Tokyo Olympics on Saturday 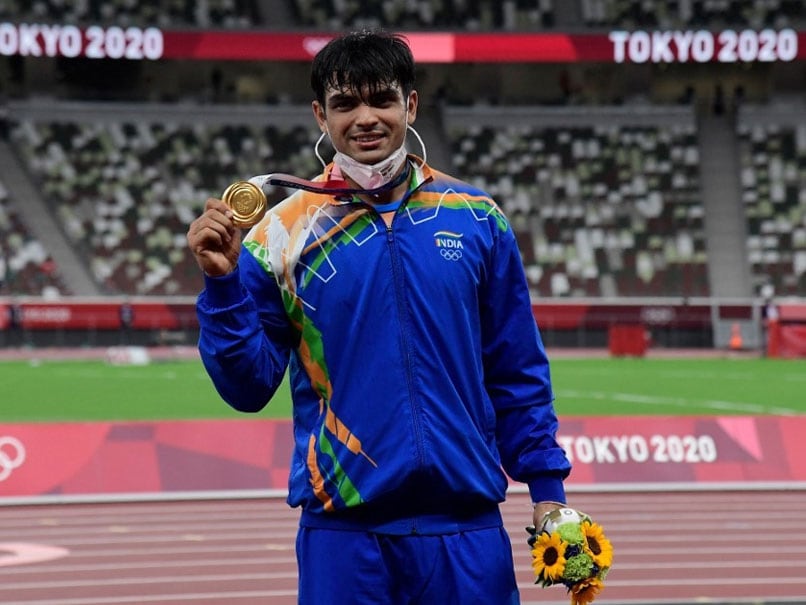 Neeraj Chopra vowed to deliver in Tokyo Olympics and he walked the talk by winning gold on Saturday.© AFP

June 23 is celebrated every year as Olympic Day. Based on an idea by the representative of erstwhile Czechoslovakia at the International Olympic Committee (IOC), the day was marked to promote the Olympic idea across the world. The first time it was celebrated was in the year 1948. On June 23, 2017, the world marked the 70th Olympic Day. On that very day, Neeraj Chopramade a public vow on Twitter, one that he has prophetically fulfilled with his gold medal in the men's javelin event at the Tokyo Olympics on Saturday.

With his herculean effort of 87.58m that sealed the title on Saturday, the first time India has won a gold medal in athletics at the Olympics, Neeraj Chopra has definitely made the country proud.

His victory meant that the Indian national anthem was played in a medal ceremony at the Olympics for the first time since Abhinav Bindra's shooting gold at the Beijing Games in 2008.

This was also only the second time that an Indian won an individual gold medal at the Olympic Games. Bindra was the first to do so in Beijing.

The 23-year-old athlete from Panipat, who serves as a Subedar in the Indian Army, made his gold-winning throw in his second attempt on Saturday after starting off with a throw of 87.03m.

As it turned out, nobody else in the competition managed to get past even his first effort as Neeraj Chopra comfortably secured the gold medal.

Comments
Topics mentioned in this article
Olympics 2020 Olympics India Athletics Neeraj Chopra
Get the latest updates on ICC Women's Cricket World Cup 2022 and IPL 2022, check out the Schedule , Live Score and IPL Points Table. Like us on Facebook or follow us on Twitter for more sports updates. You can also download the NDTV Cricket app for Android or iOS.