Neeraj Chopra became the first Indian to win a gold medal in athletics at the Olympics with the men's javelin title in Tokyo on Saturday. 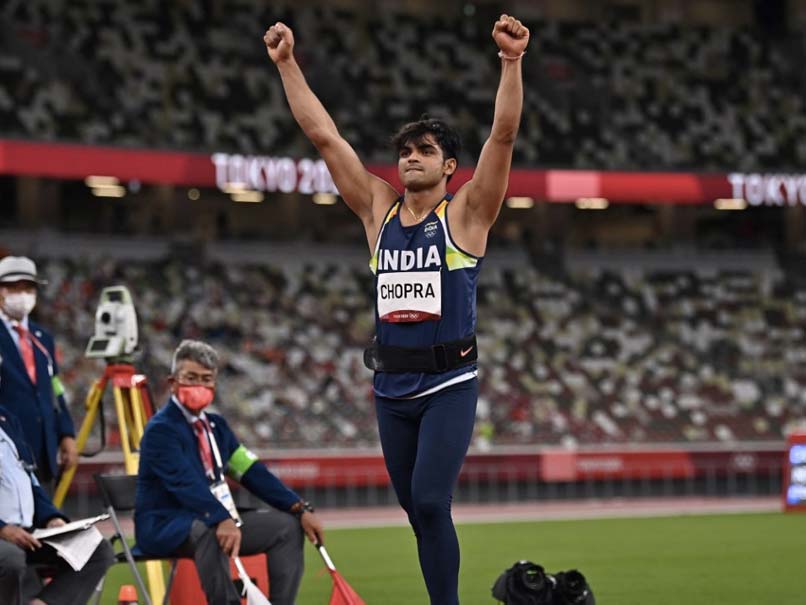 Neeraj Chopra only the second Indian to win an individual gold medal at the Olympics.© AFP

Indian Premier League (IPL) franchise Chennai Super Kings have announced a cash prize of Rs. 1 crore for Neeraj Chopra after the javelin thrower won a gold medal at the Tokyo Olympics on Saturday. Chopra became the first Indian to win a gold medal in athletics at the Olympics with his best effort of 87.58m in the men's javelin final in Tokyo on Saturday. Chopra also became only the second Indian to win an individual gold medal at the Olympics, following on the footsteps of Beijing 2008 gold medallist Abhinav Bindra.

"We as Indians are proud of Neeraj Chopra as his effort at Tokyo 2020 will inspire millions of Indians to take up sport and instill belief in them to be able to compete and excel at the highest level in any discipline of the sport.

"His gold medal winning throw of 87.58m in the men's javelin has galvanised the entire nation," a CSK spokesperson said in an official statement.

"As a mark of appreciation and honour on his stellar achievement, CSK is awarding Rs. 1 crore to Neeraj Chopra," the statement added.

The three-time IPL champions also announced the creation of a special jersey to pay tribute to India's history-making javelin thrower. "CSK will be creating a special jersey with the number 8758 as a mark of respect to Neeraj Chopra."

Earlier, Neeraj Chopra had announced his arrival in style at the Tokyo Olympics on Wednesday when he threw a monstrous throw of 86.65m and automatically qualified for the final in his first attempt.

The MS Dhoni-led CSK team is set to resume its IPL 2021 campaign against Mumbai Indians in Dubai on September 19.

MS Dhoni IPL 2021 Olympics
Get the latest updates on ICC T20 Worldcup 2022 and CWG 2022 check out the Schedule, Live Score and Medals Tally. Like us on Facebook or follow us on Twitter for more sports updates. You can also download the NDTV Cricket app for Android or iOS.