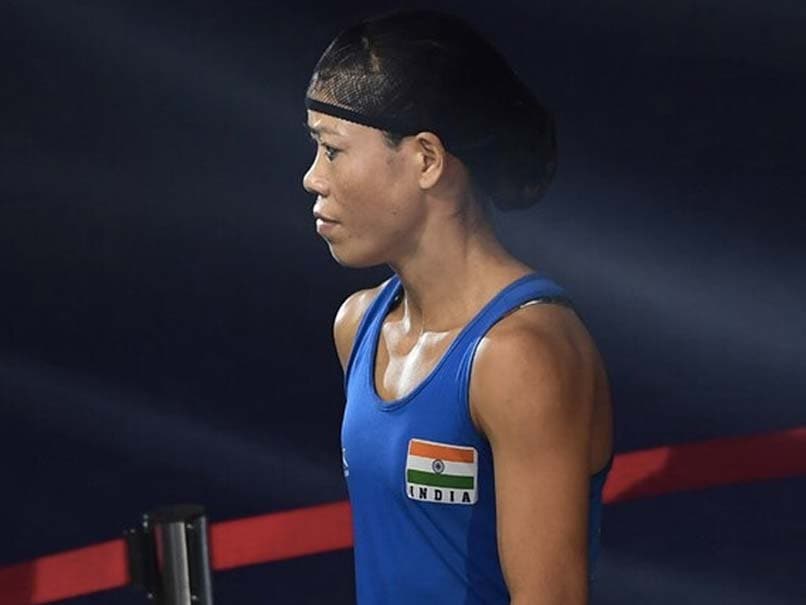 Six-time world champion Mary Kom on Thursday slammed the International Olympic Committee's Boxing Task Force for "poor judging" in her Flyweight (51kg) pre-quarterfinal at the Tokyo Games which she lost despite winning two of the three rounds. The Task Force is conducting the boxing competition at the Tokyo Olympics after the International Boxing Association (AIBA) was suspended by the IOC for alleged mismanagement and financial wrongdoing. "I don't know and understand this decision, what's wrong with the Task Force? What's wrong with the IOC?" she asked in a telephonic interview to PTI after the 2-3 loss to Colombian Ingrit Valencia in the pre-quarters in Tokyo.

"I was also a member of the Task Force. I was even giving them suggestions and supporting them in ensuring a clean competition. But what have they done with me?" she said.

The 38-year-old, multiple-time Asian champion who was eyeing her second Olympic medal after the bronze at the 2012 London Games, said the loss did not sink in even after she had gone for her dope test.

"I was happy inside the ring, when I came out, I was happy because in my mind I knew I had won. When they took me for doping, I was still happy. Only when I saw the social media and my coach (Chhote Lal Yadav repeated it to me), it sunk in that I have lost," she said.

"I had beaten this girl twice in the past. I couldn't believe that her hand was raised by the referee. I swear, it hadn't struck me that I lost, I was so sure," she added.

The Manipuri needed a 4-1 verdict in the final round to swing the bout for her.

"The worst part is that there is no review or protest. Honestly I am sure the world must have seen, this is too much what they have done," she said.

"I should have got the second round unanimously, how was it 3-2? What happened was totally unpredictable," she reasoned.

The IOC's Boxing Task Force had promised a more transparent judging system after amateur boxing's credibility took a hit during the 2016 Rio Olympics judging fiasco which led to suspension of 36 officials.

She represents the Asian bloc in the panel, which also comprises the likes of Ukrainian legend Vasyl Lamachenko (Europe), a two-time Olympic and world gold-medallist who now plies his trade in the professional circuit, and five-time world champion and 2016 Olympic gold-winner Julio Cesar La Cruz (Americas) among others.

"...in a minute or in a second everything gone for an athlete. This is unfortunate what has happened. I am disappointed by the judging," she said.
But the veteran is in no mood to quit despite her Olympic journey coming to an end with the Tokyo edition. At present, boxers above 40 are not eligible to compete at the Games.

"I will take a break after coming back, spend time with family. But I am not quitting. If there is any competition, I will continue and try my luck," she said.

The AIBA is trying to regain IOC recognition by ringing in several changes in the administrative set-up under new President Umar Kremlev, which includes the introduction of the bout review system to ensure that boxers' grievances are addressed.

"You can't do that here. I would have definitely protested otherwise," Mary Kom said.

Mary Kom Olympics 2020 Olympics
Get the latest updates on ICC T20 Worldcup 2022 and CWG 2022 check out the Schedule, Live Score and Medals Tally. Like us on Facebook or follow us on Twitter for more sports updates. You can also download the NDTV Cricket app for Android or iOS.