Vinesh Phogat Has Learnt From Mistakes on Road to Rio 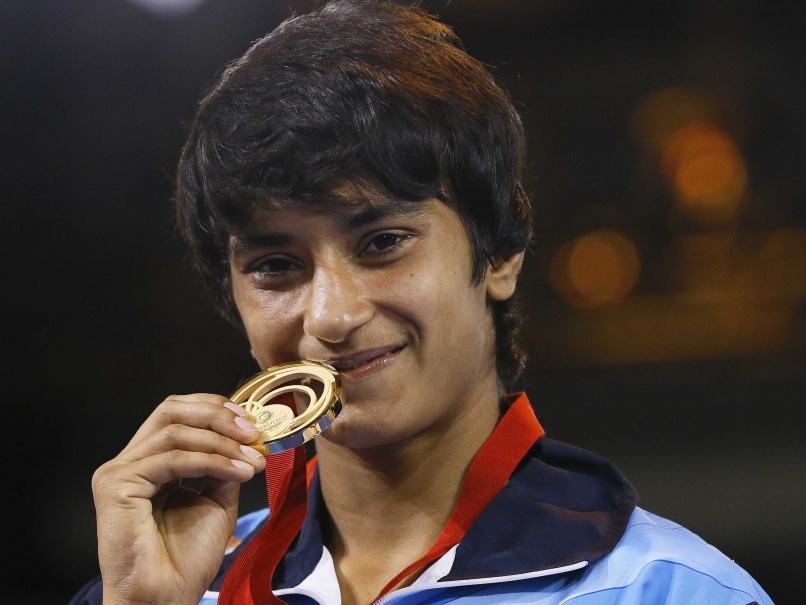 Vinesh Phogat's confidence has been boosted by medals in six of the seven international tournaments she has participated in since July 2014.© AP

Vinesh Phogat was unable to hold back the tears in Istanbul last month when she emerged from a turbulent fortnight with a gold medal around her neck and a ticket to the Rio Olympics in her possession.

One of India's few gold medal hopes for Brazil, the 21-year-old freestyle wrestler's emotion was understandable given her Olympic dream had almost been shattered in Mongolia two weeks earlier.

Phogat had hoped to secure her Rio berth for the 48kg class at an Olympic qualifier in Ulaanbaatar only to be stunned when she was thrown out of the tournament for being 400 grams overweight.

"I followed what I normally do to lose weight before an event," Phogat told Reuters by telephone.

"We start the process of losing weight one month before competition and I'm used to losing up to six kilos with diet control and extra practice. It has always worked for me but in Mongolia, somehow I ended up being overweight."

Phogat's misjudgement prompted a warning from Wrestling Federation Of India officials but thankfully they kept faith with the feisty grappler from Haryana and she got her second chance in Istanbul.

"They had so much faith in me and I let them down. The federation was naturally upset," said the 2014 Commonwealth Games gold medallist.

"I didn't have to do much to convince them to give me a second chance. They just said 'don't make another mistake'.

"Anyway, it's in the past. Everyone makes mistakes. The important thing is to learn from your mistakes."

Phogat's confidence has been boosted by medals in six of the seven international tournaments she has participated in since July 2014.

"I'm going to Rio thinking of the gold and nothing else," said the grappler, currently training in Lucknow with Rio-bound compatriots Sakshi Malik (58kg) and Babita Kumari (53kg).

"As an international athlete, you want to excel in any tournament and this is the biggest of them all.

"No disrespect to anyone but I consider myself the best in my weight category. My leg attacks -- both single and double -- are difficult to defend against. Ask my rivals."

A medal in Rio would mean a lot for a cricket-mad India, which otherwise remains an Olympic also-ran despite its 1.3 billion population.

The world's second most populous country claimed its best ever Olympic haul four years ago when their athletes returned from London with six medals, including a silver that Sushil Kumar, face of wrestling in India, won in men's 66kg freestyle.

The importance of winning an Olympic medal for her sport and her country is not lost on Phogat.

"I know cricket dominates the scene in India but things have changed a lot in the last few years. Wrestling was a low-key sport but now everybody knows Sushil Kumar here," she added.

"Winning an Olympic medal changes perception about the sport. It attracts new crowd, new athletes and new sponsors. Things will improve further but we have to do well in Olympics."

This being India, cricket is never far from the sporting conversation and Phogat revealed that she had recently received advice from the greatest batsman the country has produced.

"I had an interaction with Sachin Tendulkar recently," he said.

"He had a long and illustrious career and he narrated stories about how he learnt from mistakes. It was highly motivating."

Comments
Topics mentioned in this article
Wrestling Olympics 2016 Olympics India
Get the latest updates on IPL Auction 2023 and check out  IPL 2023 and Live Cricket Score. Like us on Facebook or follow us on Twitter for more sports updates. You can also download the NDTV Cricket app for Android or iOS.