Vikas Krishan had his win over American Errol Spence overturned during the London Olympics four years back, and he is eager to make amends now 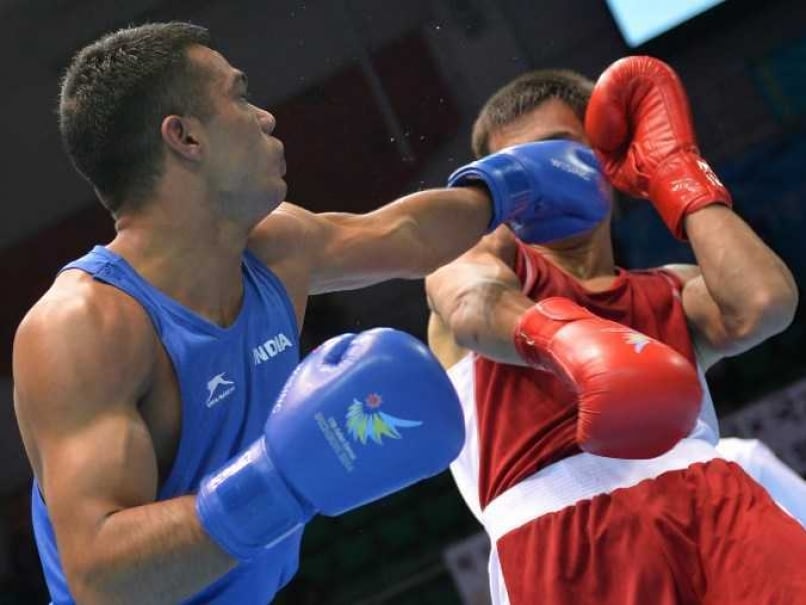 Vikas Krishan Yadav has learned from thebitterest experience that he can leave nothing to chance in the Olympic ring and it is a lesson the Indian boxer will carry with him to the Rio Games.

Four years ago, the then 20-year-old welterweight thought he had clinched a place in the quarter-finals of the London Olympic tournament after beating American Errol Spence 13-11.

India subsequently took the case to the Court of Arbitration for Sport (CAS), which rejected the appeal.

Yadav has since moved up to the 75kg category, but the feeling of being wronged in London has never left him.

"London taught me a big lesson," the softly-spoken boxer told Reuters in an interview, sporting a mosaic of bruises on the top half of his face and a couple of stitches over his right eye.

"It taught me I can't leave anything to chance. It taught me results of close contests can go either way even after you've been declared the winner.

"Since then, I have always tried to make my bouts one-sided and win it really big. That will be my effort in Rio as well."

Shattered by the London setback, Yadav largely shunned the ring for the next 18 months, undertaking training to become a policeman in Haryana instead.

"I was a lot younger and more vulnerable then. I saw no point in continuing boxing. I would wake up at nine, sleep late and be casual about my training," he recalled.

"But a boxer is like a caged bird which doesn't know what to do with freedom. I started craving the rigour of boxing.

"The time away from ring allowed me to think about boxing. Now I'm better prepared to deal with any such heartbreak."

He is, though, determined to ensure he does not have to deal with anything similar in Rio.

"I have an unfinished business in the Olympics," he said. "My dreams were shattered in London. I want to fulfill them in Rio."

Yadav secured his Rio spot only last week at an Olympic qualifier in Baku, where he settled for bronze after a cut he sustained rendered him medically unfit for his semi-final bout.

"I qualified for London eight months before the Games and probably got a bit too casual," said the boxer who is supported, among others, by JSW Sports.

"This time I could not qualify from (last year's) world championship, so the pressure was building. It helps in a way, for I'm now in competition mode and I'm not going to relax."

For Yadav, who claimed the lightweight gold at the 2010 Asian Games and the middleweight bronze in the next edition of the continental gathering in Incheon, winning is all.

He feels embarrassed when all he has to show from one of his trips abroad is a souvenir T-shirt or a bag full of duty-free.

To avoid any such embarrassment after Rio, Yadav is approaching the Games as if they were his last as he bids to emulate Vijender Singh, who won India's first boxing medal with a bronze, also in the 75kg class, at the 2008 Beijing Olympics.

"I'm taking it as my last attempt at an Olympic medal and I feel I'm better prepared this time," Yadav added.

"In London, I was just another clueless young boxer in his first Olympics. Four years down the line and I'm still young but I have Olympic experience behind me too.

"My health is perfect, I got enough ring experience and my coaches and my family are right behind me. If I can't win a medal this time, I probably won't ever."

Comments
Topics mentioned in this article
Boxing Olympics 2016 India
Get the latest updates on IPL Auction 2023 and check out  IPL 2023 and Live Cricket Score. Like us on Facebook or follow us on Twitter for more sports updates. You can also download the NDTV Cricket app for Android or iOS.