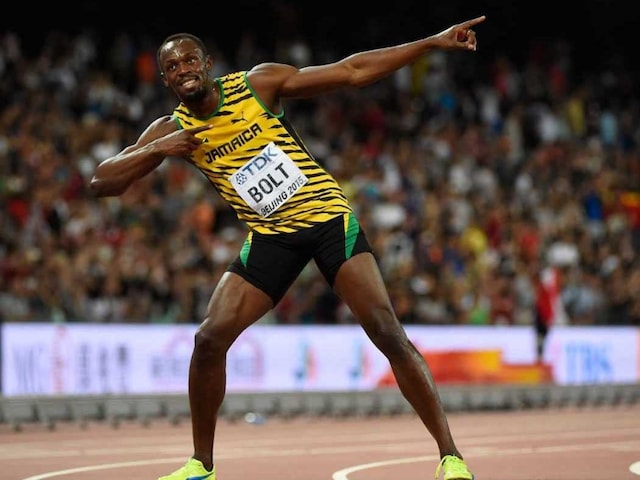 Usain Bolt won the 100 metres at the Czech Golden Spike event in 9.98 seconds on Friday, in his second race this season in the run-up to August's Rio Olympics.

Bolt said earlier this week he would be happy with 9.8 seconds, following a tight hamstring he had suffered at the Cayman Invitational Meet last week when he clocked 10.05 seconds.

Bolt will defend his 100m, 200m and 4x100m titles from 2008 and 2012 in Rio, seeking to become the first athlete ever to grab three consecutive Olympic golds in the three events.

Before the Caymans meet, Bolt took a long break from racing following the Beijing World Championships last August, where he won the 100m and 200m races in addition to helping Jamaica dominate the 4x100m relay.

Comments
Topics mentioned in this article
Usain Bolt Athletics Olympics 2016
Get the latest Cricket news, check out the India cricket schedule, Cricket live score . Like us on Facebook or follow us on Twitter for more sports updates. You can also download the NDTV Cricket app for Android or iOS.