The Olympics Are Over For Brazil - Was It Worth It?

In 2017, some 63 percent of Rio will be able to use public transport, against only 17 percent in 2009, thanks to the Olympic projects to extend the metro, build a light railway and set up a cross-city dedicated bus lane network 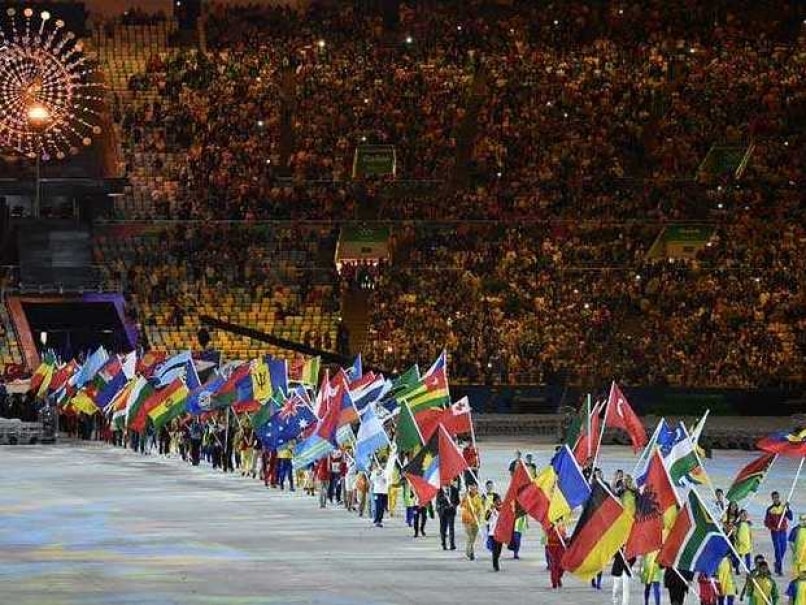 The initial excitement of knowing Brazil would host both the 2014 World Cup and 2016 Olympics turned bittersweet, at best.Â © AFP

The Olympics ended Sunday with Brazil having shown twice in two years that it is capable of hosting the world's biggest sporting events. But was the effort worth the trouble?

The initial excitement of knowing Brazil would host both the 2014 World Cup and the 2016 Summer Olympics turned bittersweet, at best.

There were mass protests in 2013 against corruption and white elephant stadiums for the football. Then this year Brazil hit a perfect storm of political crisis, historic recession, runaway unemployment and a huge corruption scandal in the flagship national company Petrobras.

How did Rio de Janeiro and the country as a whole come out in the end?

"The main legacy of the Games was the party for Rio's people, who will never forget these days," said leading Brazilian sports analyst Juca Kfouri. "But the bill to pay will be very high."

"Hopefully the Games have also provided a bit of a lesson for Brazilian fans, although I doubt it," Kfouri added, referring to the loud booing at foreign athletes in everything from tennis to pole vaulting, and even during national anthems and medal ceremonies.

The glorious days of 2009 when the Olympics were awarded to Rio are a distant memory.

Back then, thousands of Cariocas -- as Rio natives are called -- celebrated on Copacabana beach, watching the decision live on a huge television screen.

Then president Luiz Inacio Lula da Silva cried on screen and hugged football legend Pele at the Copenhagen meeting where Rio had been named as South America's first ever Olympic host.

He had started as an illiterate boy who shined shoes, became a metal worker and union leader, an opponent of the military dictatorship and finally president after three failed attempts. The Olympics were to be his crowning achievement.

But today it is pessimism that rules. Lula faces a corruption prosecution, his chosen successor Dilma Rousseff faces imminent removal from office in an impeachment trial, and her replacement, Michel Temer, is considered by many Brazilians to be illegitimate.

"For us Brazilians it is an honor to be hosting the Olympics but this is a very sad moment in history that will always stay with us," said Fernanda Corezola, a government employee who came from Porto Alegre to watch the Games.

In 2017, some 63 percent of Rio will be able to use public transport, against only 17 percent in 2009, thanks to the Olympic projects to extend the metro, build a light railway and set up a cross-city dedicated bus lane network.

"Transport is the biggest legacy of the Games in terms of the amount of investment and the amount of people benefiting," deputy mayor Rafael Picciani told AFP.

Residents aren't all happy, saying the buses are too few and too full, and that little has been done to address generalized problems in the poorest areas.

A big letdown has been the failure to improve the massive pollution in the Bay of Guanabara, which was used for sailing contests.

The cost of the Games is also controversial in a city with significant economic difficulties and a huge gap between rich and poor.

Although the authorities say that 60 percent of the bill was accounted for through private investors, Guilherme Dias, a school teacher in a poor neighborhood, says: "This party... was not done for the people. The events are far from where poor people live."

The city center, which had been badly run down, is one area where big improvements have been made. A modern tramway now runs from the domestic airport and a former dock area has been converted into a pedestrian zone with two new museums.

"The sporting and educational legacies are immense. The transport infrastructure is a great benefit that will remain for future generations," said Thomas Bach, head of the International Olympic Committee.

But many Cariocas, including the almost one in three living in favelas, fear little has changed.

Comments
Topics mentioned in this article
Olympics 2016 Olympics
Get the latest updates on SA vs IND 2021-22, check out the Schedule and Live Score . Like us on Facebook or follow us on Twitter for more sports updates. You can also download the NDTV Cricket app for Android or iOS.