Salman Khan is intending to travel to Rio de Janeiro to support Indian athletes. The Olympics will be held from August 5 to 21. 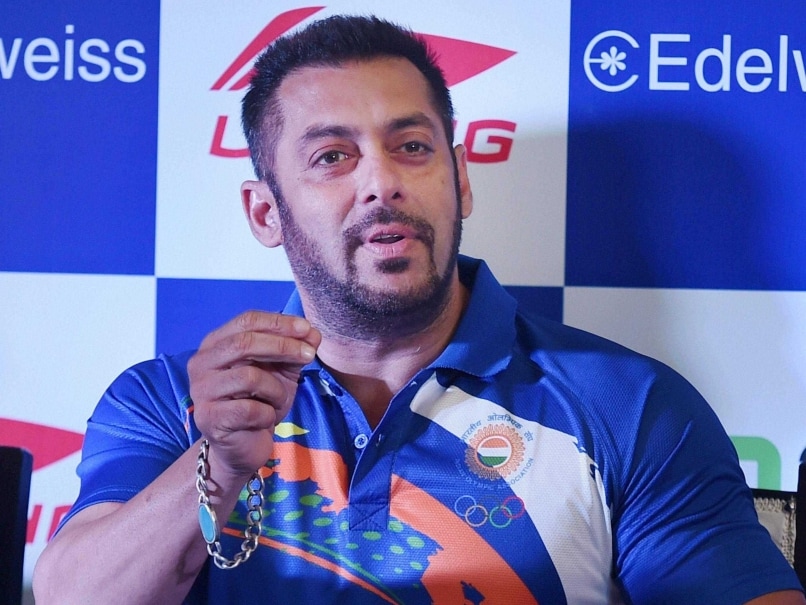 Salman Khan has turned brand ambassador of Indian contingent for Rio Olympics 2016 and the superstar says he will try to popularise the games as he feels they don't get the viewership they deserve.

Cricket is often blamed for less popularity of other sports but Salman believes people themselves don't watch other games.

"Olympics doesn't get the viewership it deserves, which cricket gets, and that's because we watch it more and other sports don't get it because we don't watch them... we are to be blamed," the 50-year-old actor told reporters here.

"Now, when so many games will be available under one umbrella (Olympics), you will automatically develop interest and then you will have your heroes in individual sports.

People would want to go to stadiums to watch their heroes play and hence the popularity will increase. This is the intention," he said.

"I will try to go to Rio, especially in early stages when all athletes would be there. I am really trying to go there because I think that will be incredible. Apart from that, I will be doing my bit on the digital platform and promote the games as much as possible."

Salman has developed a close bond with sports after working on "Sultan", where he plays a Haryanvi wrestler.

The actor revealed the reason he signed the YRF film was because he wanted to get back the endurance he had during his younger days and which he sees in sports stars.

"When we were growing up, we would enjoy getting tired.

If someone did something really well, we would try to outdo him/her. There was a willingness to learn.

The actor heaped praise on Tripura girl Dipika Karmakar, who recently became the first female Indian gymnast ever to secure an Olympic berth.

"I saw her clip... She didn't have anything in the name of equipment. She has come to this stage all on her own without any technique, coaching... Just imagine if we get the right facilities and get coached by the right people, where we can go!" Salman said.

Comments
Topics mentioned in this article
All Sports Olympics 2012 Olympics 2016 Olympics
Get the latest updates on IND vs NZ 2021, check out the Schedule and Live Score . Like us on Facebook or follow us on Twitter for more sports updates. You can also download the NDTV Cricket app for Android or iOS.