Thursday's rankings were used to determine the Olympic qualifiers in each of the five categories -- men's and women's singles, men's, women's and mixed doubles -- from the points accumulated in the period between May 4, 2015 and May 1, 2016. 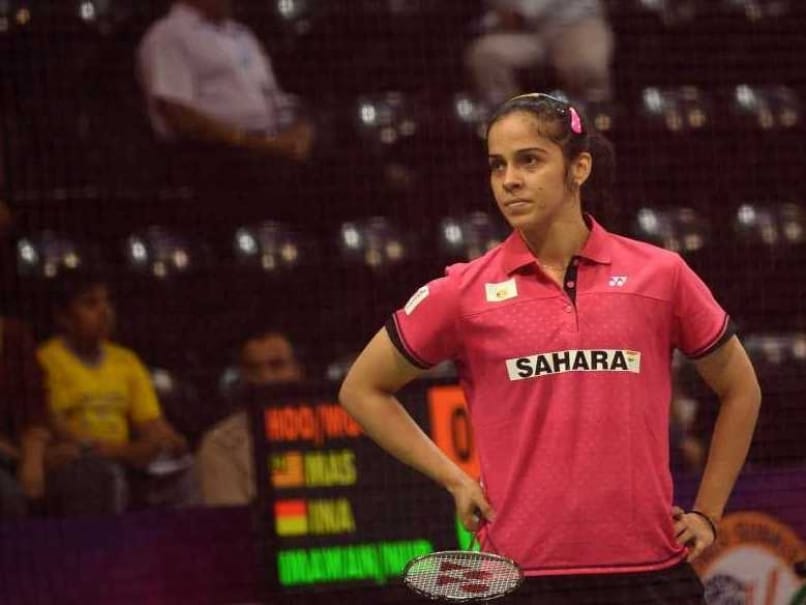 Saina Nehwal lost in a semi-final for the third consecutive time as he lost in straight sets to Tai Tzu Ying for the seventh time.© AFP

Four years ago, five Indians had qualified at London Olympics. This year, London Olympics bronze medallist Saina would be representing India in her third Games, while the women's doubles pair of Jwala and Ashwini Ponnappa will also play their second Olympics in August.

Besides, K Srikanth and P V Sindhu earned their maiden Olympic berths in men's singles and women's events respectively. For the first time, India will have two women's singles players playing in the Olympics.

This will also be the first time that an Indian men's doubles pair of Manu Attri and B Summeth Reddy will be representing the country in Olympics.

A total of 172 shuttlers made the cut today for the Rio Olympics, where there will be slight change in qualification quotas for men's and women's singles with a maximum quota for singles players from the same National Olympic Committee (NOC) being two places if both players are ranked in the world's top 16.

In London Olympics, three singles players from an NOC could qualify if they were in the top four of the world rankings.

Now it is similar to the quota for doubles in which there is a maximum of two pairs per NOC if both pairs are ranked in the top eight. The total quota per NOC will therefore be reduced from 18 to 16 (eight male and eight female players).

The format of the tournament will be similar to the London Olympics with the players being drawn in separate groups in Round-Robin and then a separate draw will be held ahead of the knock-out stage.

Though the Olympic qualifiers have been determined on the basis of today's Race to Rio rankings, a final list of qualifiers will be published after the deadline of July 18, which will include the allocation of quota for Tripartite Commission invitation and host country.

Comments
Topics mentioned in this article
Badminton Saina Nehwal PV Sindhu Jwala Gutta Olympics Olympics 2012 Olympics 2016
Get the latest updates on India vs England Series, India vs England , live score and IPL 2021 Auction . Like us on Facebook or follow us on Twitter for more sports updates. You can also download the NDTV Cricket app for Android or iOS.