Venus Williams, four-time gold medallist, said she was suffering with a virus after slumping to an opening round loss at 2016 Olympics 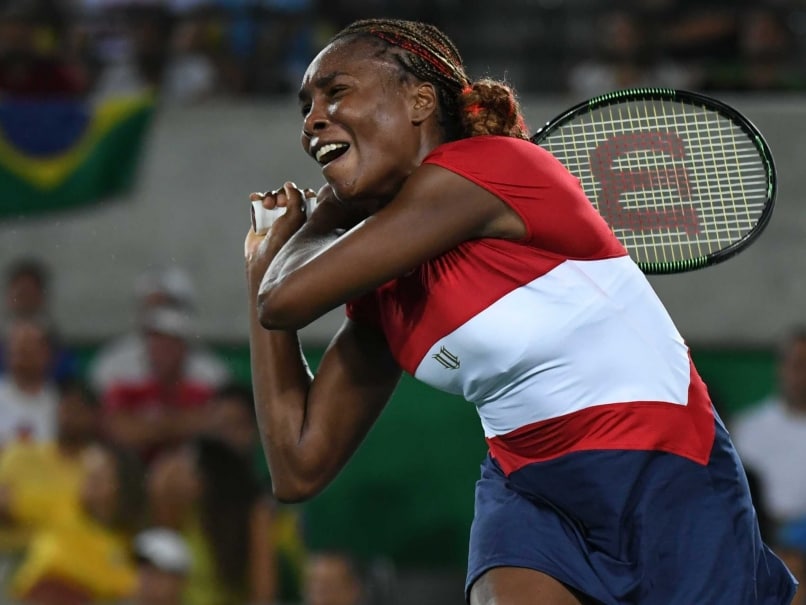 Four-time gold medallist Venus Williams, suffering with a virus, slumped to her first ever opening round loss at an Olympic Games, joining jet-lagged Agnieszka Radwanska at the exit door at the 2016 Rio Olympics.

Williams, who has also captured three doubles golds with sister Serena, had her opportunities, leading 3-1 in the second set and 4-1 in the decider.

But despite the encouragement of watching US Secretary of State John Kerry, she ran out of steam at the crucial moments, noisily coughing throughout the closing exchanges.

"She had been ill for a few days with a bad virus. She had an upset stomach and she was coughing up a lot, you could see she was really struggling," said US captain Mary Jo Fernandez, who faced the media in Williams' place.

Williams now faces a battle to be fit for Sunday's opening doubles with Serena.

"Fingers crossed, she'll be OK. I would be highly surprised if she didn't play. It's been her goal to play in her fifth Olympics and she wants to win a medal so badly."

Flipkens was just two points away from defeat in the ninth game of the decider and rated her win as "in the top two" of her career after her victory over Petra Kvitova at Wimbledon in 2013.

"To beat Venus, one of the biggest champions, gives me goosebumps," said the 30-year-old, playing in her first Olympics.

The Pole only arrived in Rio on Wednesday night after having to fly from Montreal, where she competed last week, to New York to Lisbon and then to Rio.

"I spent three days in an airport so that was not the best preparation. I could have used more practice," said former Wimbledon runner-up Radwanska.

There was little equivalent drama in the men's singles.

Nishikori next plays Australia's John Millman, who became the first player to clinch a 'double bagel' -- 6-0, 6-0 -- in Games history.

The 27-year-old Millman swept past Ricardas Berankis in just 50 minutes, making it a miserable summer for the Lithuanian.

At Wimbledon, Berankis was knocked out in the first round by Britain's world number 772 Marcus Willis, a club professional.

But another veteran, 35-year-old Martina Hingis, playing in her first Olympics in 20 years, made it through to the second round of the women's doubles.

She and Bacsinszky defeated Australia's Samantha Stosur and Daria Gavrilova 6-4, 4-6, 6-2.

Comments
Topics mentioned in this article
Venus Williams Agnieszka Radwanska Olympics 2016 Olympics
Get the latest updates on India vs England Series, India vs England , live score and IPL 2021 Auction . Like us on Facebook or follow us on Twitter for more sports updates. You can also download the NDTV Cricket app for Android or iOS.