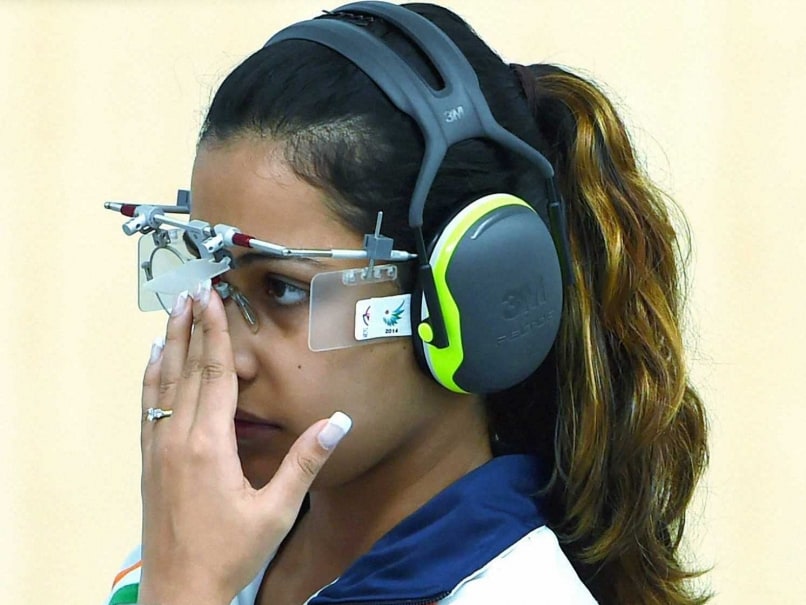 Indian shooters continued to disappointat the 2016 Rio Olympics as Heena Sidhu failed to qualify for the women's 10-metre air pistol final at the Olympic Shooting Centre in Rio de Janeiro on Sunday.

Heena shot a cumulative of 380 points to finish 14th out of a total 44 participants. She shot scores of 94, 95, 96, 95 in her four rounds of shooting where Russian Vitalina Batsarashkina topped the charts with 390 points.

Heena, who has won gold medals at World Cups and Commonwealth Games, could not replicate her performance at the multisport extravaganza in the Brazilian metropolis.

Later, Sandhu and Chenai came up with scores of 68 and 67 respectively in three rounds after a total of 33 shooters participated on Day 1 with each athlete taking 75 shots each.

The duo will return on Monday for the second day of qualification where there will be two more rounds of 25 targets each.

At the top, Fabbrizi Massimo of Italy was the only shooter to produce a record score of 75 while Great Britain's Ling Edward and Italian Pellielo Giovanni were placed in second and third spots with 73 each.

Comments
Topics mentioned in this article
Shooting Olympics 2016
Get the latest updates on ICC Women's Cricket World Cup 2022 and IPL 2022, check out the Schedule , Live Score and IPL Points Table. Like us on Facebook or follow us on Twitter for more sports updates. You can also download the NDTV Cricket app for Android or iOS.