While badminton players Saina Nehwal and PV Sindhu were off to winning starts along with tennis pair of Sania Mirza-Rohan Bopanna but archers Deepika Kumari and Bombayla Devi disappointed after exiting Rio Olympics. 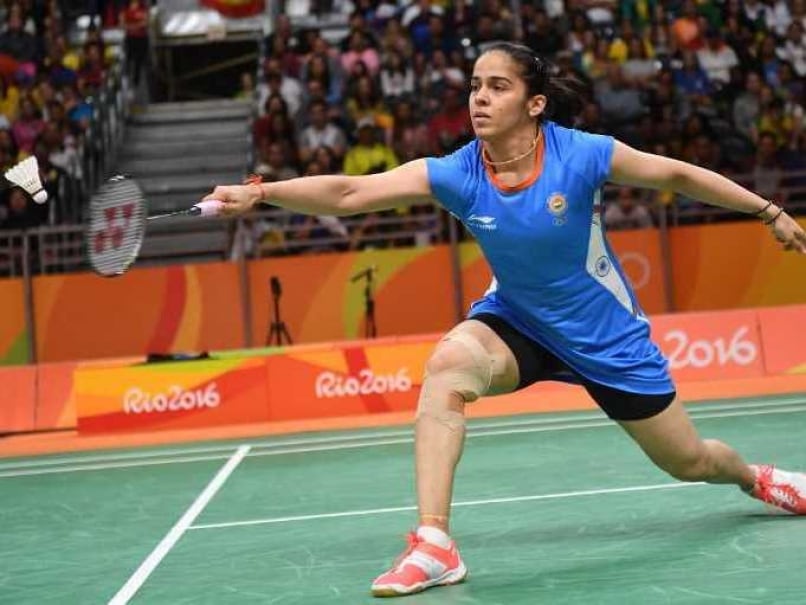 Saina Nehwal got off to a winning start at the Rio Olympics on Thursday.© AFP

Star shuttlers Saina Nehwal and P.V. Sindhu were the lone bright spots along with the mixed doubles pair of Sania Mirza and Rohan Bopanna as India endured another dismal day at the ongoing Rio Olympics here.

Sania Mirza and Rohan Bopanna started their campaign on a positive note with a straight sets victory over Sam Stosur and Jonathan Peers of Australia here on Thursday.

The Indian duo dominated their opponents to win 7-5, 6-4 and enter the quarter-finals at the Olympic Tennis Centre.

At the badminton courts, Saina and Sindhu also won their respecive opening matches in the women's singles event.

But there was disappointment in store for Indian fans in most of the other events with archers Deepika Kumari and Laishram Bombayla Devi crashing out of the women's individual event while the men's hockey team went down fighting to the Netherlands.

The badminton events started on a disappointing note as both the men's and women's doubles teams of Manu Attri and B. Sumeeth Reddy and Jwala Gutta and Ashwini Ponappa lost their respective opening round matches.

To add to the dismay, boxer Shiva Thapa, one of India's medal hopes, saw his campaign come to an end after he lost his Bantam weight (56kg) category bout to Cuba's Robeisy Ramirez.

As if the failure in the Olympic disciplines was not enough, Sports Minister Vijay Goel and Indian officials added to the shame with the Rio Olympic organisers threatening to cancel his accreditation accusing them of "aggressive and rude" behaviour.

But Saina and Sindhu provided some relief to the fans by winning their opening matches albiet in contrasting styles.

Sindhu started her campaign in style by thrashing Hungarian Laura Sarosi 21-8, 21-9 in straight games in her Group M match. 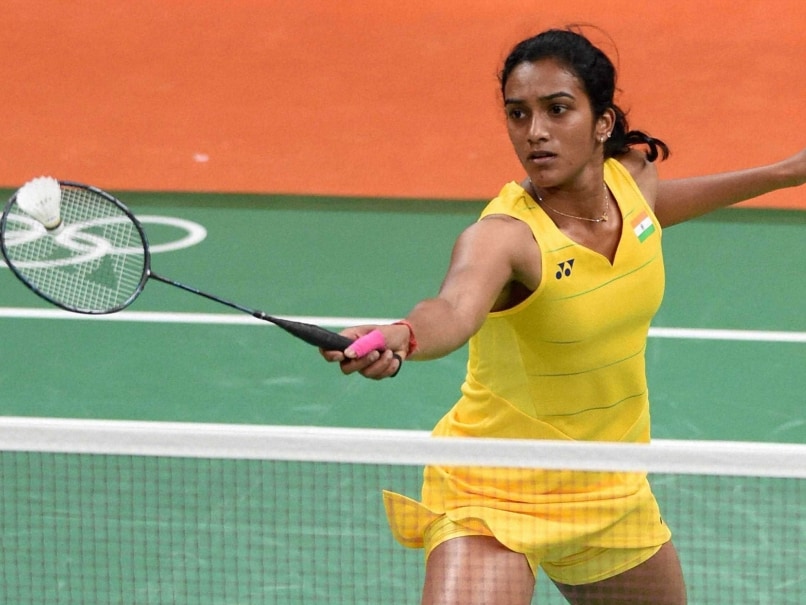 PV Sindhu is one of India's top medal contenders at the 2016 Rio Olympics.

She will next face Canadian Michelle Li on Sunday.

Placed in Group C, Saina then overcame some stiff resistance from local favourite Vicente Lohaynny 21-17, 21-17 to emerge successful in her opening encounter.

Lohaynny being 5-9 down, fought back levelling the game at 10-10 as Saina just edged past the mid-game interval with a slender one point lead before the Brazilian squared off at 17-17.

Saina then used all her experience to take four points on the trot and clinch the first game 21-17 in a well-battled 20 minutes.

In the second game, Saina started her dominance taking a 11-5 lead to the mid-game interval. After the break, the Brazlian tried to fight back, but Saina secured herself with seven match points before taking the second game 21-17 in 19 minutes.

Saina will be playing her next match on Sunday against Maria Ulitina of Ukraine.

Meanwhile, it was heartbreak for both the doubles pairs as the 2010 Commonwealth Games gold medallist duo of Jwala Gutta and Ashwini Ponnappa lost their opening Group A match against top seeds Ayaka Takahashi and Misaki Matsutomo of Japan in straight games 15-21, 10-21.

In men's doubles, World No.21 Indian pair of Manu Attri and B. Sumeeth Reddy also lost their opening Group D match against the second seeded pair of Mohammad Ahsan and Hendra Setiawan of Indonesia in straight games 18-21, 13-21.

If that was not enough, medal hopefuls Deepika Kumari and Bombayla Devi added to India's woes after losing their 1/8 Eliminations round of the women's individual category, ending India's campaign in women's archery.

The hockey team also added to the disappointment with the men's hockey team going down to the Netherlands 1-2 as they lost their second match in four Pool B games.

Rogier Hofman's 32nd minute goal was cancelled out by Indian drag-flicker Raghunath in the 38th minute. Penalty corner specialist Mink van der Weerden scored the winner for the Dutchmen in the 54th minute.

The eight-time Olympic champions last reached the quarter-finals at the 1980 Moscow Games where they won their last Olympic title.

India have a total of six points, while the Netherlands and Germany are at the joint top spot with 10 points each.

India will play Canada in their final pool game where only a win or draw will take them to the quarter-finals.

Meanwhile, in the boxing ring, Shiva was on the backfoot from the very beginning of the contest in Pavilion 6 at the Riocentro and was well beaten on points, losing all three rounds to Cuban Robeisy Ramirez 0-3.

The first round was won by the Cuban boxer 10-9, after some heavy hitting, in an unanimous decision by all the three judges.

Robeisy, the gold medal winner at the 2012 London Olympics in the flyweight category, continued his strong show to win the second round too, getting 10 from all the three judges while Shiva got 8,9 and 9.

Defeat in the first two rounds effectively ended Shiva's chances. And Robeisy completed the rout, easily winning the third round too, with a 30-26 margin.

The first round of golf is in progress where Indian hopes lie on Anirban Lahiri and S.S.P. Chawrasia while tennis stars Sania Mirza and Rohan Bopanna will be in action in mixed doubles against Australia's Sam Stosur and John Peers.

Comments
Topics mentioned in this article
Olympics 2016 Badminton Saina Nehwal PV Sindhu Jwala Gutta Sania Mirza Rohan Bopanna Olympics
Get the latest updates on India vs Australia Series, check out the India vs Australia Schedule for 2020-21 and Ind vs Aus live score . Like us on Facebook or follow us on Twitter for more sports updates. You can also download the NDTV Cricket app for Android or iOS.