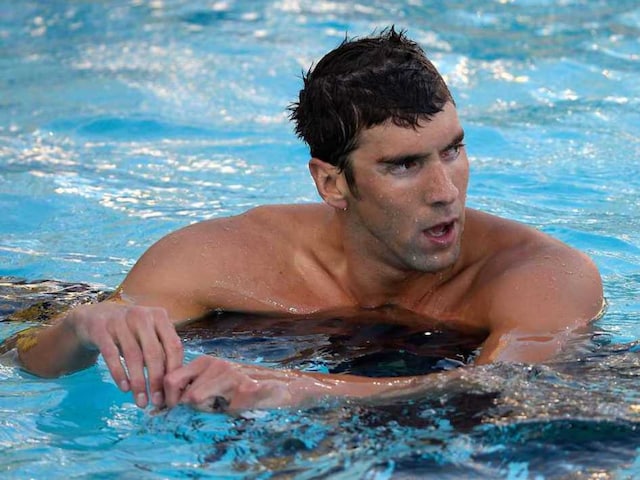 One of the most decorated Olympians of all time, American swimming legend Michael Phelps has sent out a warning to his rivals, saying he still has "some unfinished business" left going into the Rio Olympic Games.

"I have some unfinished business I'd like to take care of them before I hang up my suit. And I'm actually enjoying being back in the water again. That was pretty challenging for me going into 2012. But I just feel like a kid again and I love it," he said.

Asked how excited he is about the culture and atmosphere in Rio, Phelps said, "This is my fifth Olympic Games. I've been down to Brazil a few times and being able to see how excited the city is to host an Olympic Games, it's incredible.

"The amount of energy they have and the atmosphere of the city, I think it's going to make these Olympic Games very special. That's something I look forward to - just being able to embrace everything that the city has to offer. Rio is going to go all out."

He has been part of some very close races, particularly in 2008.

Asked how important is the accuracy of timekeeping equipment in swimming, he said, "Throughout my career, I've been involved in a lot of races that have come down to less than a tenth of a second. In 2008, I was the gold medallist by a hundredth of a second in the 100m butterfly, the closest margin you can get for a victory in swimming.

"OMEGA was able to prove that I was the gold medallist.

To have the best timing system in the world, that's a benefit for us. It's going to show the clear winner. I've been used to having OMEGA as the timekeeper for major national and international events and they are the best. It's an honour to have them as the company in charge of timing systems."

Omega is the time-keeper of Olympic Games.