Jordan Spieth's choice not to travel to Brazil means none of the world's top four golfers will be competing in Rio after Jason Day, Dustin Johnson and Rory McIlroy had previously pulled out due to Zika virus fears 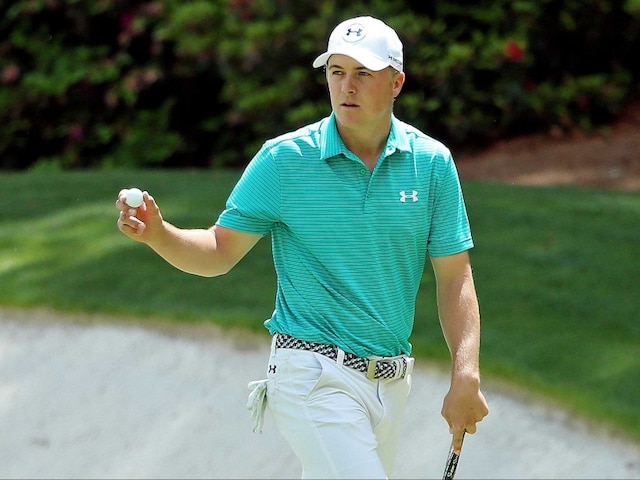 Jordan Spieth said he was a big fan of the Olympics and it was tough for him to pull out.© AFP

Jordan Spieth's decision to miss golf's return to the Olympics next month after a 112-year hiatus was the hardest of his life, the world number three said on Tuesday.

The 22-year-old American adopted an appropriately respectful tone as he gave his reasons for missing the Rio de Janeiro Games.

"This was probably the hardest decision I've ever had to make in my life," Spieth told a news conference ahead of the 145th British Open, which starts at Royal Troon on Thursday.

"This was something I very much struggled with. I bounced back and forth with it and ultimately a decision had to be made yesterday."

The twice major winner's choice not to travel to Brazil means none of the world's top four golfers will be competing in Rio after Jason Day, Dustin Johnson and Rory McIlroy had previously pulled out.

Spieth stressed that it was not just a worry about the Zika outbreak that made him withdraw.

"I'm not specifically pinpointing any one thing in my health concerns," he said, referring to the mosquito-borne virus that the World Health Organisation says is spreading rapidly in the Americas.

"You guys have put that out without me saying it. This is health concerns as a whole. I had to weigh the risk for the reward."

Spieth, who did not elaborate on those concerns, said he was a big fan of the Games and that was why it was so tough for him to decide not to go.

"I'm a huge believer in Olympic golf," he explained. "It's the most exciting sporting event for me to watch on TV and to have a chance to be a part of it is something I definitely look forward to trying to do.

"I don't expect anybody to understand but trust that I believe I'm making the right decision for myself, for my future and for those around me.

"This is going to be a very, very difficult thing for me to do to watch the opening ceremonies and watch my peers compete for a gold medal ... and watch people stand on the stage and hear the national anthem playing," added Spieth.

Rickie Fowler will be a member of the four-man U.S. team in Rio and sent Spieth a message when he found out his close friend had opted not to go.

"I texted Rickie immediately after I decided and said, 'Rick, I'm sorry, buddy, but I'm not going to be joining you down there," added Spieth.

Comments
Topics mentioned in this article
Jordan Spieth Rory McIlroy Jason Day Olympics 2016 Golf
Get the latest Cricket news, check out the India cricket schedule, Cricket live score . Like us on Facebook or follow us on Twitter for more sports updates. You can also download the NDTV Cricket app for Android or iOS.