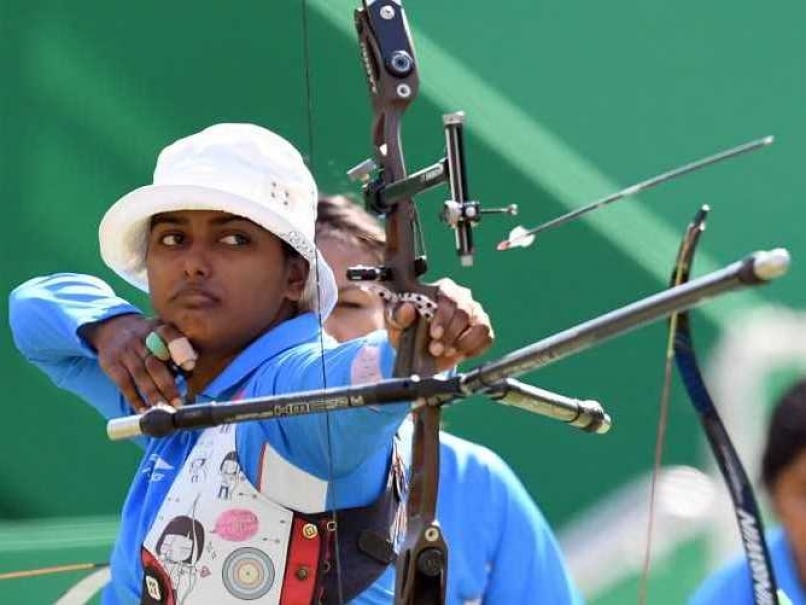 The Indian women's recurve archery team was knocked out of the 2016 Rio Olympics after going down 4-5 to Russia in the quarterfinals.

The quarterfinal tie was evenly poised after the four sets at 4-4. In the shoot-off, India lost 23-25 that ended their campaign in the 2016 Rio Games.

However, India are still in with a shout in the women's individual event. Deepika Kumari, Laxmirani Majhi and Bombayla Devi will all compete individually in the Round of 64 matches.

Bombayla Devi started off poorly, managing just seven points, while the Russians had a score of 10 after the first round of shots.

While Laxmirani shot at an eight for the Indians, Russia's archer could manage only six, giving India teh much-needed boost.

But when it really mattered, Deepika Kumari failed to step up to the plate and fired an arrow that could only fetch 8 points. The Russians didn't give India another chance as they shot nine to qualify for the semifinals

Meanhwile, in the men's section, Atanu Das will be flying the India colours. The 24-year-old archer will be taking part in the Round of 64 after finishing fifth in the individual Ranking Round.

Earlier, women's recurve team held their nerve as Deepika Kumari, Bombayla Devi and Laxmirani Majhi put in a spirited performance to beat Colombia 5-3 in the 1/8 elimination.

India started off well with Bombayla Devi shooting and eight and a 10 in her first game as India got off to a good start. However, Deepika Kumari struggled and it allowed Colombia to bounce back. However, India held their nerve and won the game 52-51 to clinch the first set and get two points.

Colombia bounced back with some consistent shots in the second set while Deepika struggled with her range as the Colombians won the set 50-49 to get back on level terms.

In the third set, Deepika found her range when she shot a 10 but Colombia continued to pile on the points. However, the crucial moment came in the end when one of Laxmirani's arrows was upgraded to an eight and the set finished with both teams tied on 52 points each and 3-3 heading into the final set.

Bombayla and Laxmirani continued to shoot well but a fatal mistake from Maria Ana Rendon, where she shot a three-point arrow, sealed the game for India and Deepika shot a seven to give India victory in the final set to clinch the game 52-44 and win the contest 5-3.

Comments
Topics mentioned in this article
Olympics 2016 Archery Olympics Olympics
Get the latest updates on India vs England Series, India vs England , live score and IPL 2021 Auction . Like us on Facebook or follow us on Twitter for more sports updates. You can also download the NDTV Cricket app for Android or iOS.