Despite the latest IAAF move, there was still more doping misery for Russia when it was revealed their weightlifters face being kicked out of the Rio Olympics for repeated doping violations 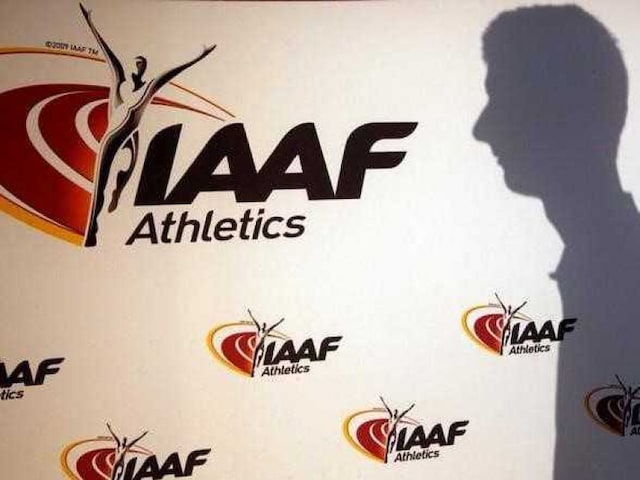 IAAF president Sebastian Coe said it had been crucial to agree guidelines with the European championships due to start in Amsterdam on July 6.© Reuters

The International Association of Athletics Federations (IAAF) on Thursday renewed its call to see Russian athletes untainted by their country's doping scandal compete at the Olympics as neutrals and not under their national flag.

However, International Olympic Committee president Thomas Bach said Tuesday that any Russian athletes who pass an individual test by the IAAF could compete under their own flag as the Russian national Olympic committee is not suspended.

The IAAF Council decided last week to maintain the suspension of Russia after findings of drug test violations, including ignored positives and altered test results.

But clean athletes could still boost their hopes of appearing in Rio after new guidelines were set out Thursday.

"If there are any individual athletes who can clearly and convincingly show that they are not tainted by the Russian system because they have been outside the country and subject to other effective anti-doping systems, then they should be able to apply for permission to compete in international competitions, not for Russia but as a neutral athlete," said an IAAF statement.

But it has caused deep divisions in the sport ahead of the Rio Olympics which get under way on August 5.

Russian pole vault legend Yelena Isinbayeva had threatened to sue the IAAF over the ban.

IAAF president Sebastian Coe said it had been crucial to agree guidelines with the European championships due to start in Amsterdam on July 6.

"(We) have worked extremely hard to get to where we are today, just days away from the European Championships," said Coe.

"We know there are some Russian athletes considering applying to compete in international competitions under this new rule so it is important they are all clear about the criteria under which their application will be reviewed."

On Wednesday, WADA chief Craig Reedie had said tough measures such as banning Russian competitors from international events were vital to showing the world's clean athletes that dope cheats will not be tolerated.

He backed an IAAF proposal to have Russian athletes apply for reinstatement on a case-by-case basis based upon testing from credible programmes from outside Russia -- a move which could open a path for doping whistleblower Yulia Stepanova to compete in Rio.

WADA awaits the results of its independent McLaren Investigation, which began last month and examines further allegations of doping in Russia.

Preliminary findings by the McLaren panel indicated a "state-directed" manipulation of test results conducted within the Moscow-accredited laboratory from at least 2011 forward including the period of the IAAF World Championships in 2013".

The full McLaren report is due to be delivered to Reedie by July 15 and made public within five days after that.

Despite the latest IAAF move, there was still more doping misery for Russia on Thursday when it was revealed their weightlifters face being kicked out of the Rio Olympics for repeated doping violations.

Russia, Kazakhstan and Belarus are to be suspended for one year by the International Weightlifting Federation (IWF) over failed retests from the 2008 and 2012 Games in Beijing and London.