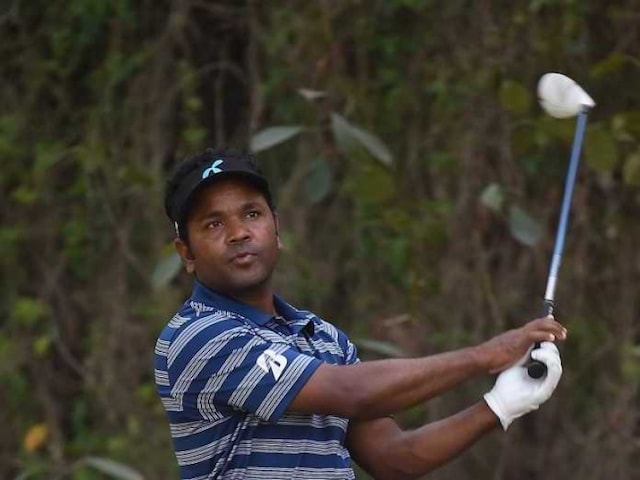 During a childhood spent retrieving stray balls on a golf course near his slum in Dhaka, Siddikur Rahman never even got to hear about the Olympics, let alone dream of competing in them.

"When I was starting out, the Olympics was just not something that I knew anything about," recalls the man who will be Bangladesh's flag-bearer at next month's opening ceremony in Rio de Janiero.

"It's only really because of my caddie, who is from Malaysia, that I came to appreciate quite how prestigious an event it. He told me how I would make history if I qualified, so then I got serious about it."

By finishing in the top 60 Olympic ranking list at last week's cut-off point, the 31-year-old Siddikur became the first Bangladeshi to qualify automatically for the world's biggest sporting event.

Bangladesh is the most populous country never to have won an Olympic medal and all previous entrants have had to rely on wildcards provided by the International Olympic Committee and other international sports bodies.

In a country where cricket is king, the dearth of local participants means the Olympics have traditionally struggled to attract much interest. Coverage on the television and in newspapers is extremely limited.

Siddikur's history-making is even more noteworthy given his humble origins as the son of an autorickshaw driver, who was brought up in one of the Bangladeshi capital's teeming slum neighbourhoods.

When he was 10, he landed a job ferreting out balls that had landed in the rough at Dhaka's prestigious Kurmitola Golf Club (KGC).

As well as helping put food on the family table, the job kindled a love of the sport that has since brought him two titles on the Asian Tour and earned him the nickname as the 'Tiger Woods of Bengal'.

The club allowed its ball-boys to play the game on every Monday and Siddikur used the opportunity to showcase his talent.

"As a boy, my only real ambition was to become a player as it was better than gathering balls," Siddikur told AFP in an interview at the KGC.

"Then when I did start playing, I thought maybe if I can get a job on the professional tour in India then that would be great -- it could change my life."

His early years as a professional were indeed spent in India and he joined the Asian Tour in 2009. He has since finished in the top 10 of the tour's Order Of Merit on three occasions.

Many golfers -- including the world's top four Jason Day, Dustin Johnson, Jordan Spieth and Rory McIlroy -- have decided not to compete in Rio where golf is making a comeback as an Olympics sport after 112 years.

But for a player such as Siddikur, whose chances of winning a major are remote, the tournament represents a chance of glory on a global stage that he wouldn't miss for the world.

He effectively secured his berth for Olympics by finishing runner-up at a tournament in Mauritius earlier this year, a result that he says has fuelled his hopes of winning an admittedly unlikely medal in Rio.

"My target in Mauritius was to finish in the top 10 or so, and that would mean I would go to the Olympics. But I came second and the same thing can happen any time, for any player on any golf course," he said.

"I have a good feeling about the Olympics and I am preparing myself very nicely. I will try my best and I leave the rest to Almighty."

Comments
Topics mentioned in this article
Olympics 2016 Siddikur Rahman Golf Olympics
Get the latest updates on IPL 2020, check out the IPL Schedule for 2020 and Indian Premier League (IPL) Cricket live score . Like us on Facebook or follow us on Twitter for more sports updates. You can also download the NDTV Cricket app for Android or iOS.