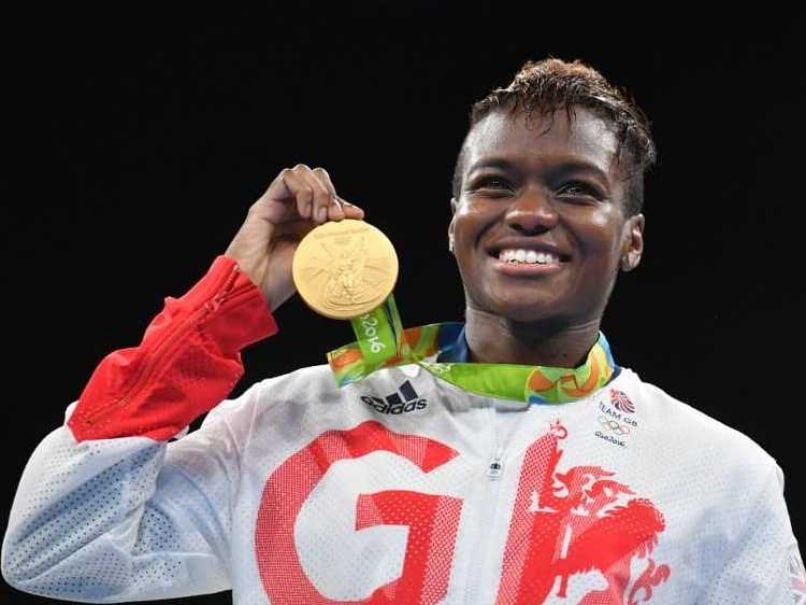 Britain's Nicola Adams wrote herself into the history books once more as she became the first woman to retain an Olympic boxing title in Rio on Saturday.

Already a hugely popular household name back home, Adams won a unanimous points decision over France's Sarah Ourahmoune in their flyweight final to add to the gold she won at London 2012 -- the first time women's boxing had featured at an Olympics.

"It feels absolutely amazing, especially to be able to think to myself I've created history and I'm now the most accomplished British amateur boxer we've ever had, of all time, so it's a nice title to have," said Adams, 33, who celebrated wildly and wiped away tears on the podium.

"I've had a massive amount of support from Yorkshire (where she is from) and the rest of the nation. I felt like I had their support in the ring with me, every punch I was throwing."

The only British boxer to previously clinch back-to-back Olympic titles was Harry Mallin, who managed that in middleweight, in 1920 and 1924.

Wearing red and in front of the watching British heavyweight champion Anthony Joshua, Adams enjoyed the better of the opening exchanges, but Ourahmoune did catch the Briton with a decent right that momentarily deterred her.

Adams, whose gold in London in 2012 made her a media darling in Britain and one of the faces of that Games, was again on top in the second round, landing the cleaner punches and getting the crowd on its feet with one savage attack.

The third was more of the same.

Ourahmoune was up against it and one Adams left jab rocked the Frenchwoman, who was trying to become a second woman from France to win Olympic boxing gold in two days after Estelle Mossely's triumph on Friday.

Adams just had to steer clear of trouble in the fourth and final round, but it is not in her nature to hold back, and one blow to the Frenchwoman's rib cage left her gasping for air.

Bronze went to China's Ren Cancan -- Adams's victim in the 2012 final and in the semi-final in Rio -- and the Colombian Ingrit Valencia.

Comments
Topics mentioned in this article
Olympics 2016 Boxing Olympics
Get the latest updates on ICC T20 Worldcup 2022, check out the Schedule and Live Score. Like us on Facebook or follow us on Twitter for more sports updates. You can also download the NDTV Cricket app for Android or iOS.