Rio Olympics 2016: Vijender Singh Keen, But Not Sure If He Will Make It 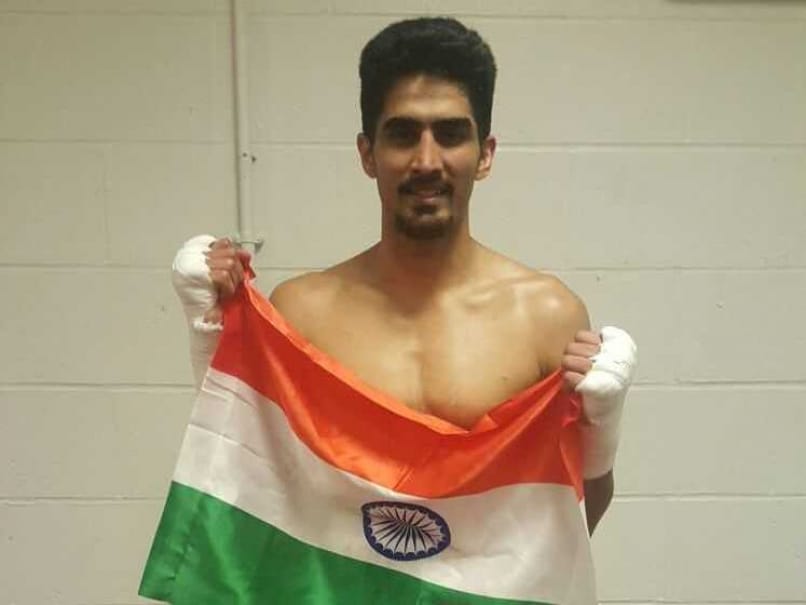 Vijender Singh is India's first boxer to win an Olympics medal, at the 2012 London edition.© NDTV

Vijender Singh is keen to participate in the upcoming Rio Olympics, but he is not sure how to make cut. The international boxing association (AIBA) has allowed professional boxers to play in the Summer Games in August.

Vijender, who switched from amateur to pro boxing last year, took part in the London Games in 2012. The Haryana boxer has been unbeaten in his professional fights but still seeks Olympic glory.

Since India currently does not have a AIBA recognised boxing federation and is run by an adhoc committee, Vijender is still waiting to learn about the qualification process.

AIBA's Olympic qualifier event for pro boxers will be held in Venezuela in July. This will be clashing with Vijender's WBO Asian title belt in Delhi. The 30-year-old former amateur world No. 1 in middleweight, Vijender may not be left with any time or chance to make the cut.

"I welcome AIBA's decision of allowing professional boxers to compete in the Rio Olympics. I am yet to receive the formalities for this entire process. Since there is no federation in the country, I don't know who will guide me for this entire thing. Right now I am concentrating on my July 16 title fight to be held in New Delhi," said Vijender.

Vijender's measured response to the world body's decision is not without ground given that the final Olympic qualifier for the Indians will be the AIBA World Qualifiers in Azerbaijan, starting June 16. The Rio Games are scheduled to start on August 5.

The team for that event has already been finalised and since Vijender was not a part of the trials held last month, he is not in the reckoning to make the cut.

The AIBA's move is already being considered a case of too late for the upcoming Olympics and is likely to show major results, if any, in the 2020 Games in Tokyo.

(With inputs from PTI, Yash Chawla)

Comments
Topics mentioned in this article
Vijender Singh Olympics 2016 Boxing
Get the latest updates on IPL 2021, IPL Points Table , IPL Schedule 2021 , live score . Like us on Facebook or follow us on Twitter for more sports updates. You can also download the NDTV Cricket app for Android or iOS.