In a last-ditch attempt, the boxing federation of India is likely to appeal for a wildcard entry for MC Mary Kom to take part in the Rio Olympics 2016 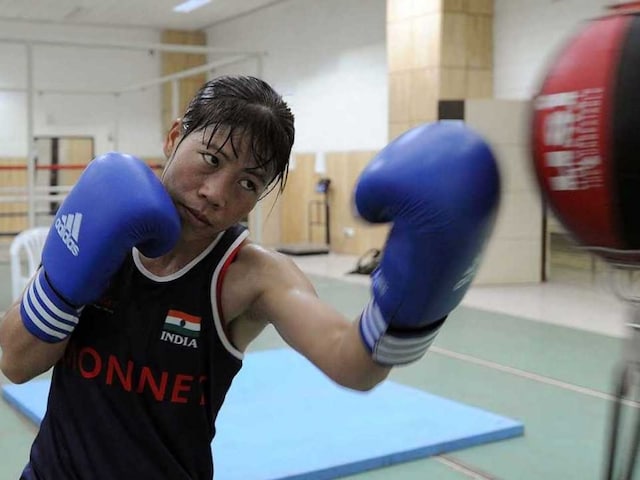 Mary Kom was the first Indian woman to win a boxing medal when she clinched bronze in the London 2012 Games.© AFP

MC Mary Kom, India's best-known woman boxer, may still make it to the Rio Olympics 2016. The former world champion could ride a wildcard ticket to the Summer Games in August.

The Indian boxing federation is likely to appeal for a wildcard for Mary Kom, who failed to make the Rio cut after losing in the world boxing championships that served as a qualifying event.

Mary Kom was the first Indian woman to win a boxing medal when she clinched bronze in the London 2012 Games. The Indian federation is going to appeal to the Amateur International Boxing Association (AIBA) to enable Mary Kom to participate "for her contribution to the sport".

In Astana last month, Mary Kom lost a close bout in the second round of the 51 kilogram category to Germany's Azize Nimani. The 33-year-old former five-time world champion only has a mathematical chance of qualifying for Rio.

Comments
Topics mentioned in this article
Mary Kom Boxing All Sports Olympics 2016
Get the latest Cricket news, check out the India cricket schedule, Cricket live score . Like us on Facebook or follow us on Twitter for more sports updates. You can also download the NDTV Cricket app for Android or iOS.