PV Sindhu has set-up a final showdown with World No.1 Carolina Marin in the women's singles badminton final of Rio Olympics 2016 after beating Japan's Nozomi Okuhara in straight games. Relive all the highlights here.

PV Sindhu created history as she stormed into the final of the women's singles badminton tournament by crushing Japan's Nozomi Okuhara in straight games. She will now face Carolina Marin. Relive all the highlights here. (MEDAL TALLY | SCHEDULE)

21:25 hrs IST: In her maiden Olympics, Sindhu has entered the final. She simply blew away her Japanese rival. Sindhu will now play against world No. 1 Carolina Marin. Okuhara will probably get the bronze because Xuerui is a doubtful starter with a knee injury sustained today.

Soon after victory, Sindhu told NDTV: "My target is gold and I promise to play my heart out against Carolina Marin."

21:15 hrs IST: At the crossover, Sindhu keep a slender one-point lead 11-10. This is turning out to be a great contest and draining both players. The match is over 40 minutes now

21:13 hrs IST: An angled drop shot helps Sindhu nose ahead 10-9. Every point matters in this game

21:03 hrs IST: Sindhu goes to a 3-0 lead. Good returns are helping the Indian in an energy-sapping contest

21:00 hrs IST: Sindhu took 27 minutes to win the game. It was well contested but the Indian girl won the big points with lovely drop shots. The Japanese made a few unforced errors that made the difference at the end.

20:51 hrs IST: There is plenty of Indian support for Sindhu. Another overhead lovely drop shot and she leads by 16-13.

20:48 hrs IST: A couple of bodyline smashes helps Okuhara reduce the gap, but Sindhu still has a 14-10 lead.

20:46 hrs IST: A perfect net shot after a long rally gives Sindhu a 12-8 lead. She is making the Japanese work hard

20:43 hrs IST: Sindhu has a five-point advantage. Leads 11-6. Coach Gopichand quickly points out the finer details of the match. Sindhu looking very strong at this stage

20:41 hrs IST: Sindhu is very cool with her strokes. She closes a long rally with a nice cross-court drop shot. Leads 9-6

20:36 hrs IST: Sindhu is using her height and reach well. She is making the Japanese more around the court. Leads 5-3

20:30 hrs IST: Okuhara is wearing flaming red. She is the first Japanese male or female to play at this level at the Olympics

20:29 hrs IST: Sindhu and Okuhara are on court. Sindhu is wearing her lucky yellow jersey.

20:23 hrs IST: British pair of Marcus Ellis and Chris Langridge wins the bronze. This is Britain's first ever medal in men's doubles in an Olympics. They win 21-18, 19-21, 21-10 in an hour and 22 minutes. This is a fantastic win for Britain in a sport that China dominate.

20:18 hrs IST: The British team is leading 16-8 in the decider and looks good to upset the Chinese and win the bronze medal

20:06 hrs IST: Meanwhile, Saina Nehwal has been admitted to a hospital in Hyderabad to undergo treatment for her knee injury which affected her progress in the badminton event of the Rio Olympics.Â The 26-year-old had lost her second group match against Ukraine's Maria Ulitina to crash out of the Rio Olympics.

19:59 hrs IST: This means there will be at least another 25 minute delay for the Sindhu semifinal to start in Rio

19:46 hrs IST: The Sindhu vs Okuhara match will be a bit delayed. A fantastic men's doubles bronze medal match is going on and the Chinese duo of Biao Chai and Wei Hong are on the backfoot against the British pair of Marcus Ellis and Chris Langridge.

18:52 hrs IST:Â Carolina Marin enters the women's singles final with a 21-14, 21-16 victory. She will now await the winner of Sindhu vs Okuhara. Looking at Li Xuerui's knee injury, she may not be able to play the bronze medal match.

18:51 hrs IST:Â It's all over. Carolina Marin wins the second game 21-16. One feels sorry for the Chinese defending champion who crashes out

18:50 hrs IST:Â Li Xuerui is giving up as she can't move. Should be easy for Carolina now.Â

18:46 hrs IST:Â What a disappointment. Li Xuerei is in pain and she is getting medical advice. Carolina leads 18-16 at this stage. Looks like a sprain in the left knee. How serious is this?

18:22 hrs IST:Â Both players looking good in the second game. Li had a 3-1 lead but Carolina levels and noses ahead 4-3.

18:16 hrs IST:Â Carolina wins the first game 21-14 in 22 minutes. Too many errors by the Chinese but the Spanish shuttler just superb with her returns and placings

18:13 hrs IST:Â Carolina has a six-point lead (18-12). Brilliant variations by the left-handed Spaniard

17:57 hrs IST:Â The Carolina Marin vs Li Xuerui clash has started and both players are going neck and neck at 3-3 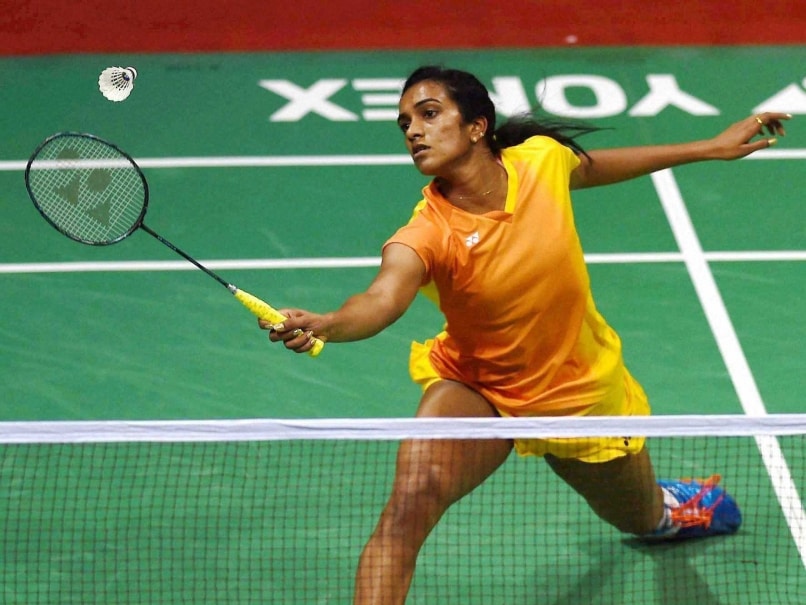 At the RioCentro Pavilion 4, the 21-year-old from Hyderabad will face Japan's Nozomi Okuhara with whom she has always had a battle of attrition. The match starts at 7:30 PM IST.

A win will guarantee ninth seed PV Sindhu a medal (silver at least). A defeat will push her to the playoff for the bronze.

The luck of the draw has favoured PV Sindhu. After stunning second seed Wang Yihan 22-20, 21-19 in the quarters, she has a relatively easier opponent in the semis.

The first semifinal will be contested between world champion Carolina Marin of Spain and reigning Olympic champion Li Xuerui of China. While Carolina is the top seed in Rio, Li is seeded third.

While it will be a new day for both Sindhu and Okuhara, both players have always had a tooth-and-nail relationship on court. The Japanese has a 3-1 win-loss record, having won her last three matches against Sindhu.

Seed No. 6 in Rio, Okuhara has never had it easy against Sindhu. All their four matches have gone the distance with Okuhara twice winning after being a game down.

Sindhu can be vulnerable in longer matches. In Rio, she has played one match that lasted three games - she beat Canada's Michelle Li 19-21, 21-15, 21-17 in a group match. For the taller Sindhu, it will be a test of her skill and stamina today.

Okuhara beat teammate Akane Yamaguchi 11-21, 21-17, 21-10 to set up a match-up with Sindhu. But history and statistics will go for a toss when they step on court today.