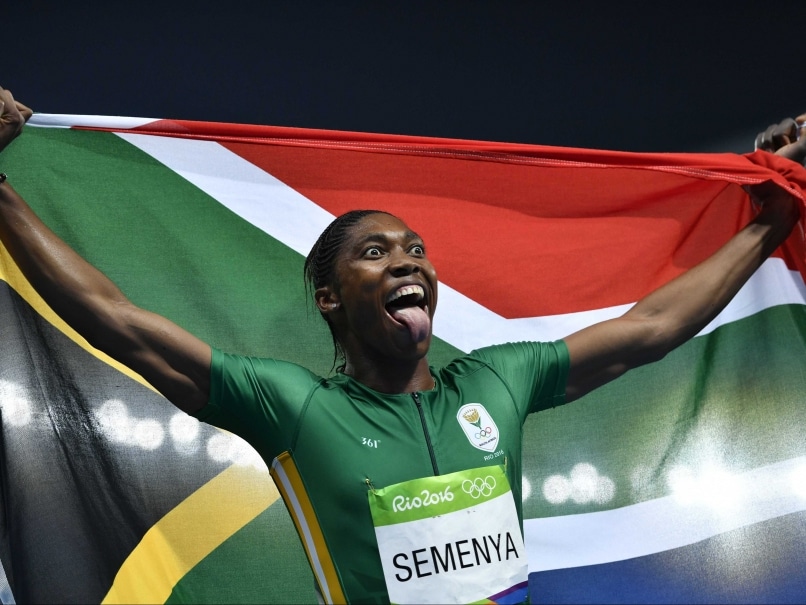 South Africa's Caster Semenya cruised to victory in the women's 800m at the 2016 Rio Games on Saturday, producing a devastating final kick to claim her first Olympic gold.

Semenya has been at the centre of a raging controversy in recent years because of her naturally occurring condition, hyperandrogenism, which causes elevated testosterone levels.

Rival runners have said they want authorities to revisit rules that limit the amount of testosterone allowed in competitors.

Semenya exploded onto the global athletics scene in 2009, winning gold at the World Championships in Berlin as an 18-year-old prodigy.

However her muscular appearance immediately raised suspicions, and a furore erupted when it emerged the teenager had been ordered to undergo a test to determine whether she was a woman.

Partially in response to complaints from rival runners and coaches that the condition gave her an unfair advantage, world athletics chiefs implemented restrictions on testosterone levels in 2011.

Following the introduction of those rules, Semenya's times slipped, with many assuming she was taking medication to control her testosterone production.

Even so, Semenya was still good enough to claim silver in the 2012 Olympics, only denied gold by a Russian runner, Mariya Savinova, who was later exposed as a drug cheat.

But a Court of Arbitration for Sport ruling last year judged the International Association of Athletics Federations restrictions illegal, freeing Semenya to compete in her natural state.

Since then Semenya has been head and shoulders above her rivals and is almost a full second quicker than anyone else this season.

On Saturday she never looked in trouble, biding her time after a 57.59sec opening lap.

Niyonsaba hit the front with around 300m to go but Semenya was always within striking distance.

With 150m left she made her move, calmly accelerating clear to take the lead as the race for silver and bronze unfolded behind her.

Canada's Melissa Bishop dug deep in the home stretch but was just pipped for bronze by Wambui.

Comments
Topics mentioned in this article
Athletics Olympics 2016 Olympics Olympics
Get the latest updates on ICC T20 Worldcup 2022 and CWG 2022 check out the Schedule, Live Score and Medals Tally. Like us on Facebook or follow us on Twitter for more sports updates. You can also download the NDTV Cricket app for Android or iOS.