David Rudisha timed a season's best of one minute and 42.15 seconds to become the first man in 52 years to defend the 800m title. 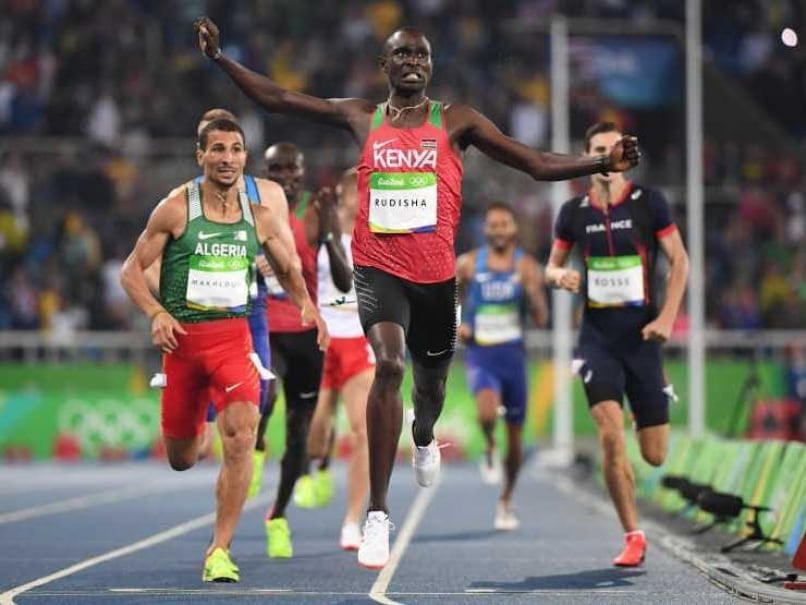 Kenyan 800m king David Rudisha hit a career high when he produced a last-lap kick to defend his Olympic title in style on Monday.

Rudisha, also the world champion and world record holder, timed a season's best of 1min 42.15sec to become the first man in 52 years to defend the 800m title.

"Running 1:42, it's just fantastic. I had no doubts before," said Rudisha after another imperious display.

"It is great to win such a big competition, my second gold," he said, having warned that he felt his form was almost hitting that high of his sublime 2010-12 period.

"It's so great. I am so excited. It is the greatest moment of my career."

Turning to the injury problems that have bedevilled him in recent seasons, Rudisha said: "It's been very difficult.

"I have stayed focused and positive. My coach has been great and given me hope."

There was a rip-roaring start to the race when Rudisha's teammate Alfred Kipketer shot out to the front, hitting the first 200m in an eye-watering 23.2 seconds.

Rudisha, deprived of his usual gun-to-tape approach to racing the two-lap race, sat in second as Kipketer hared off like a pacemaker.

David Rudisha became a Double Olympic Champion tonight as he took #Gold for #KEN in the Men's 800m final pic.twitter.com/KFp6J3VCkZ

2014 world U20 champion Kipketer hit the bell in 49.23sec, Rudisha moving to his shoulder and eventually into the lead with 300 metres to run.

Rudisha's surge took Bosse and Makhloufi with him, but as the trio entered the home stretch of the Olympic Stadium, it was clear there would be only one winner.

Rudisha, who produced the run of the London Games in 2012 to win gold in a world record of 1:40.91, roared through the line to claim his second Olympic gold, Makhloufi outsprinting Bosse, who eased up too early to allow Murphy in for an unexpected bronze.

"I dedicate this to the poor people."

Murphy was left stunned by his third-placed showing. The last medal in the men's 800m for the USA came when Johnny Gray won bronze at the 1992 Barcelona Games.

"I dreamed about winning a medal all night," he said.

Comments
Topics mentioned in this article
Olympics 2016 Athletics Olympics Olympics Olympics Olympics
Get the latest updates on IPL 2021, IPL Points Table , IPL Schedule 2021 , live score . Like us on Facebook or follow us on Twitter for more sports updates. You can also download the NDTV Cricket app for Android or iOS.