The performance of PV Sindhu, who clinched a historic silver in the 2016 Rio Olympics, has given hope for Indian sports fans heading into the 2020 Tokyo Olympics 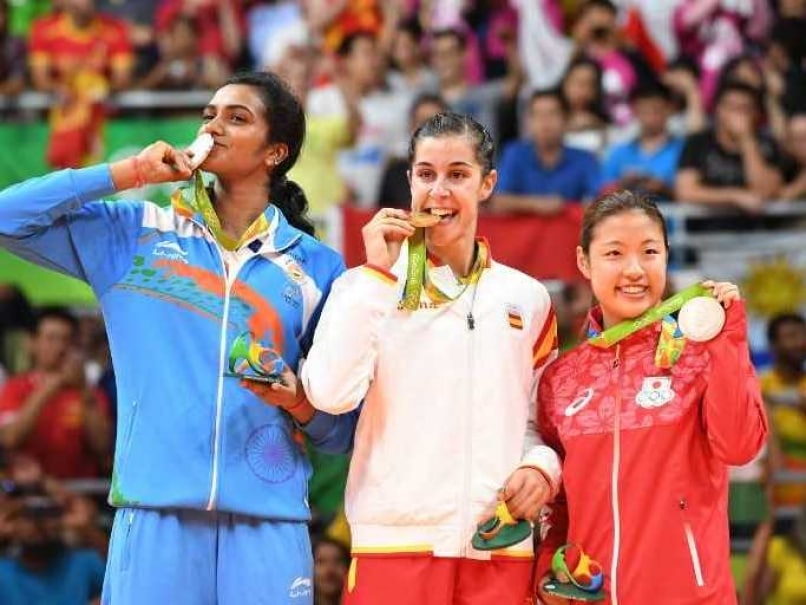 A new star was born out of a veteran's yeoman service to the game -- this perhaps summed up India's brilliant badminton campaign at the Rio Olympics which was as much about the legend of Pullela Gopichand as the historic silver clinched by PV Sindhu.

It turned out to be a watershed moment for Indian badminton as Sindhu became the first Indian shuttler to win a silver at the Olympics, surpassing her senior colleague Saina Nehwal, who had clinched a bronze at London Games.

If Saina was the flag-bearer for India in Beijing and London Olympics, it was Sindhu who showed that she can carry the hopes of a billion people on her strong shoulders with a spirited performance that left the whole country in awe of her never-say-die attitude.

The two-time World Championship bronze-medallist achieved such a feat which was missing even from the resume of illustrious shuttlers such as Gopichand and Saina. The celebrated Prakash Padukone's career ended before badminton could make the Olympic roster.

In a high-intensity final, Sindhu could not get past World No. 1 Carolina Marin of Spain but the Indian never gave up and kept fighting till the end. It reflected the emergence of a young India which is not intimidated by the reputation of opponents and is ready to fight till the end.

In men's singles, K Srikanth too showed that fighting spirit which almost earned him a place in the semifinals after he stretched two-time defending champion and five-time World Champion Lin Dan of China till the end.

It was the sort of performance that made every Indian badminton fan stand up and take notice and despite the heartbreaking defeat, accolades for the 23-year-old from Guntur never stopped.

India also fielded two doubles pair -- men's combo of Manu Attri and B Sumeeth Reddy and women's pair of Jwala Gutta and Ashwini Ponnappa. While the 2010 Commonwealth Games champions had to endure a disappointing run, Manu and Sumeeth showed sparks of brilliance when they defeated World No. 8 Japanese pair of Hiroyuki Endo and Kenichi Hayakawa in their last group match.

Saina and P Kashyap were the face of Indian challenge at the London Games and even though the duo were affected by injuries this time.

Sindhu and Srikanth continued to carry India's flag in their debut Olympics and their performance speaks volumes about the devotion of chief coach Gopichand, who now has the distinction of producing two medal-winning shuttler for India.

Already a dronacharya awardee, Gopichand has been a magician, who almost single-handedly created world-beaters and winners in a sport that seems to have lost its glory after the likes of Padukone, Late Syed Modi, Nandu Natekar and Dinesh Khanna.

After inspiring most of the current lot of shuttlers with his gold-medal winning feat at the 2001 All England Championship, Gopichand opened his academy at Gachibowli in Hyderabad and devoted his life to Indian badminton after retiring in 2004.

Ever since, under his guidance, India has made giant strides in international badminton with his wards, including Saina, Sindhu, Kashyap, Srikanth, winning medals and hearts across the globe.

If it was Saina who achieved a lot of firsts for India by winning the 2010 Commonwealth Games gold, a series of Super Series titles and London Games bronze, Kashyap too became the 2014 Glasgow Commonwealth Games champion, while Srikanth bagged titles at the China Open and India Open to reach the World No. 3 in 2015.

India also won the Uber Cup bronze for the first time in 2014 under his guidance, while Sindhu achieved two bronze medals at World Championship.

With a bronze and a silver in the last two Olympics, Indian badminton is going great guns and it can be hoped that with Gopichand at the helms it will achieve greater heights in the times to come, especially at the 2020 Tokyo Games. For now, lets rejoice the triumph of Indian badminton.

Comments
Topics mentioned in this article
Olympics 2016 Badminton Saina Nehwal PV Sindhu Olympics Olympics
Get the latest updates on SA vs IND 2021-22, check out the Schedule and Live Score . Like us on Facebook or follow us on Twitter for more sports updates. You can also download the NDTV Cricket app for Android or iOS.