During a meeting held in Lausanne, 88 members of the International Boxing Association (AIBA) voted in favour of allowing professional boxers to compete in Rio Olympics, while none voted against and four abstained 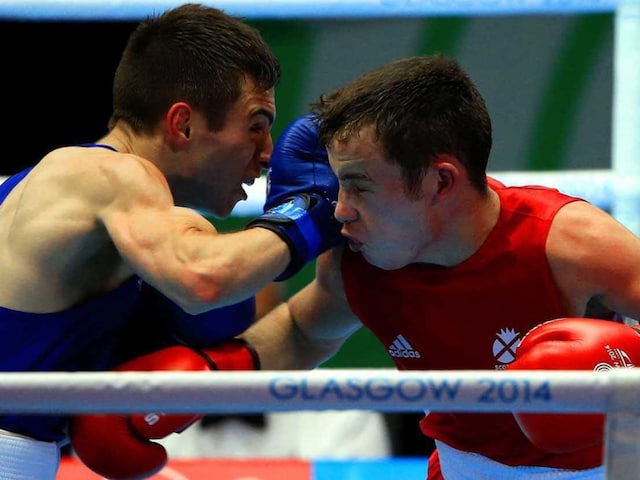 The revolutionary decision is however unlikely to see boxing's biggest names enter the Olympic ring in Rio. (Image for representational use only)© AP

Professional boxers can compete at the upcoming 2016 Olympic Games in Rio de Janeiro, the sport's governing body ruled in a landmark decision on Wednesday.

Meeting at an extraordinary congress in Lausanne, Switzerland, 88 members of the International Boxing Association (AIBA) voted in favour of the move, while none voted against and four abstained.

The final results of the vote were told to AFP by a senior official within AIBA who requested anonymity as they were not authorised to speak publicly on the subject before the official announcement.

The revolutionary decision is however unlikely to see boxing's biggest names enter the Olympic ring in Rio.

For most professionals, like former heavyweight champion Wladimir Klitschko, it is already too late to take part in a qualifying contest. The last tournament is in Venezuela in July.

There is a rich history of fighters making their name at the Olympics before moving on to have groundbreaking professional careers, including Muhammad Ali, who won gold at the Romes Games in 1960, when he was still known by his birth name, Cassius Clay.

But letting those who have already turned professional fight at the Games has faced some resistance, including from former gold medallist and world heavyweight title holder Lennox Lewis, who said it would be "preposterous" to let professionals into the same ring as amateurs.

AIBA president Wu Ching-Kuo has aggressively supported the move, arguing that the distinction between amateurs and professionals had become increasingly arbitrary.

He also argued that letting the sport's best athletes compete at such a showcase event would raise boxing's profile.

But AIBA will have to answer questions about its dope testing policy in order to satisfy the International Olympic Committee, which is embroiled in a series of doping scandals and is battling to keep drug cheats out of the Rio Games.

A World Anti-Doping Agency (WADA) report found that the AIBA has not carried out any out-of-competition tests in the year ahead of Rio and hardly any in the past three years, the British magazine Private Eye reported.

The report was quoted as saying that the AIBA's actions fell "considerably short" of WADA's requirements.

WADA spokesman Ben Nichols would not comment directly on the substance of the Private Eye report but confirmed that the agency's inspection team had given AIBA recommendations aimed at "improving and enhancing" its anti-doping program.

AIBA had started working on the implementation of the recommendations, the WADA spokesman added.

Boxing has undergone major changes in recent years. Women were allowed into Olympic competition in 2012 and headguards will no longer be compulsory from Rio.

Comments
Topics mentioned in this article
Boxing Other Sports Olympics 2016
Get the latest Cricket news, check out the India cricket schedule, Cricket live score . Like us on Facebook or follow us on Twitter for more sports updates. You can also download the NDTV Cricket app for Android or iOS.