OP Jaisha caused controversy after alleging that Indian officials failed to provide her water and energy drinks, despite being assigned designated spots during the women's marathon in Rio 2016 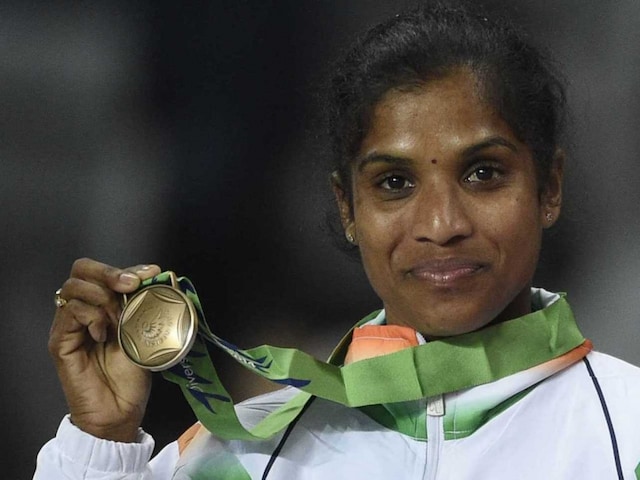 Indian athlete OP Jaisha has won a bronze medal each at the 2006 Asian Games and the 2014 Asian Games.© AFP

Indian athlete OP Jaisha has found herself in the midst of a full blown controversy after she alleged on Monday, that she had not been provided energy drinks and water by officials from the country despite being assigned designated spots during the women's marathon event at Rio Olympics 2016.

Here is a look at her Jaisha's career in ten points:

1. Orchatteri Puthiya Veetil Jaisha was born on May 23, 1983 in Kerala

2. Jaisha is the national record holder in marathon, after clocking 2:34:43 hours at the 2015 World Championships in Beijing.

4. In the past, Jaisha has held the national record in the 3000m steeplechase category.

6. OP Jaisha rose to fame after winning the bronze medal in the 5000m event at the 2006 Asian Games.

8. Jaisha had qualified for the 2016 Olympics with her 18th place finish in the women's marathon at the 2015 World Championships.

9. She finished the marathon in the 89th place at the Rio Olympics.

10. OP Jaisha caused controversy after alleging that Indian officials weren't present in spots assigned by organisers to provide her water and energy drinks during the women's marathon event in Rio.

Comments
Topics mentioned in this article
Athletics Olympics 2016 India OP Jaisha
Get the latest Cricket news, check out the India cricket schedule, Cricket live score . Like us on Facebook or follow us on Twitter for more sports updates. You can also download the NDTV Cricket app for Android or iOS.