Bryan brothers did not specifically mention the Zika virus, a mosquito-borne illness that has been linked to birth defects and prompted a slew of big names to opt out of the Rio Games, that start on August 5 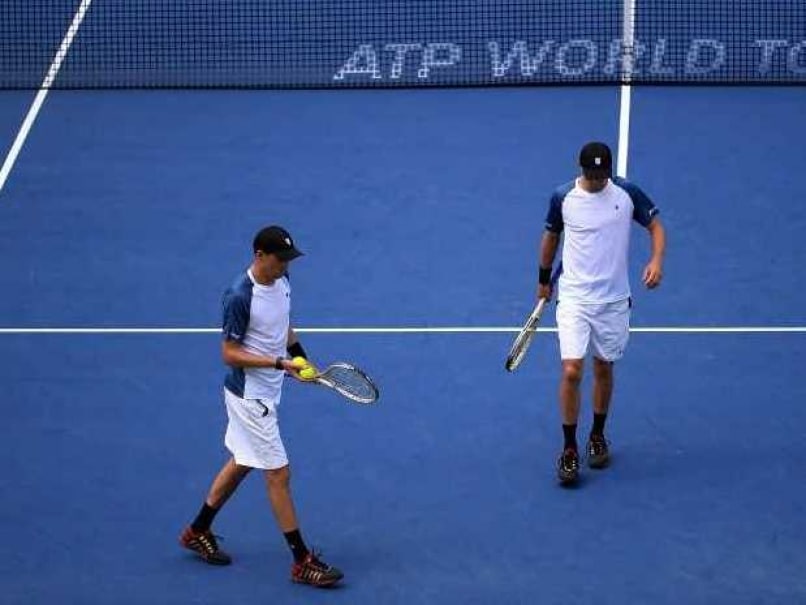 The formidable United States pairing of Bob and Mike Bryan won't defend the doubles Olympic gold they won in London, citing health concerns in withdrawing from the Rio Gameson Saturday.

The brothers did not specifically mention the Zika virus, a mosquito-borne illness that has been linked to birth defects and prompted a slew of big names to opt out of the Games that start on August 5.

"After countless hours of deliberation Mike and I have decided to forego the Rio Olympics. Though we'd love to compete again, as husbands and fathers, our family's health is now our top priority," the twin brothers said in a posting on their Facebook page.

"Representing Team USA is one of our proudest tennis moments to date and winning gold in 2012 will always remain the pinnacle of our career... We wish every athlete luck in their quest for Olympic glory and hope the Rio Games are a positive experience for everyone involved."

Czech tennis star Tomas Berdych said recently that he would skip the Games rather than take even the slightest chance of contracting Zika, joining Wimbledon finalist Milos Raonic and Dominic Thiem in skipping Rio.

Men's golf has also been hard hit, with world number one Jason Day, Jordan Spieth, Dustin Johnson and Rory McIlroy all deciding not to participate in golf's return to the Olympics after an absence of 112 years.

Comments
Topics mentioned in this article
Olympics 2016 Tennis Olympics
Get the latest updates on SA vs IND 2021-22, check out the Schedule and Live Score . Like us on Facebook or follow us on Twitter for more sports updates. You can also download the NDTV Cricket app for Android or iOS.