Bernard Tomic said he will not represent Australia at 2016 Rio Olympics, with officials responding that they only want dedicated athletes on their Rio team 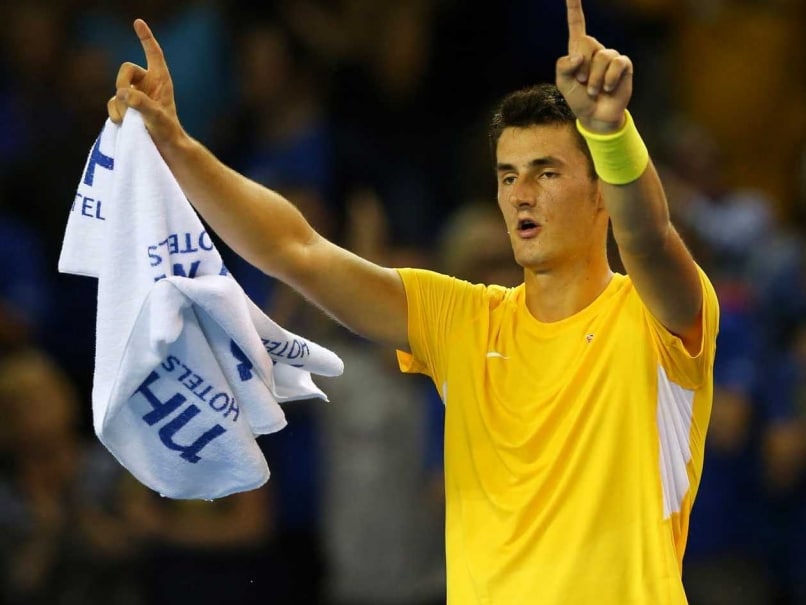 Bernard Tomic is currently ranked 22nd in the world.© AFP

Troubled tennis star Bernard Tomic announced on Friday he will not represent Australia at this year's Olympics, with unperturbed officials responding that they only want dedicated athletes on their Rio team.

It follows Tomic and fiery compatriot Nick Kyrgios being warned that their on-court behaviour could threaten their places at the Games in August.

World number 22 Tomic will instead play a low-ranking ATP Tour event in Mexico, which is on at the same time.

"With a heavy sense of regret, I have made the difficult decision to not play with the Australian tennis team as they pursue an Olympic medal in Rio," he said in a statement.

"I have always proudly represented my country in Davis Cup and given my all when wearing the green and gold, but on the basis of my extremely busy playing schedule and my own personal circumstances, I am regrettably unable to commit to this year's tournament.

"I make this decision based on what is best for my tennis career," he added.

The announcement comes after widespread criticism of Tomic's recent on-court attitude and concern over his behaviour by the Australian Olympic Committee.

He made headlines last week when he turned his racquet the wrong way to face a match point in the Madrid Masters first round against Fabio Fognini.

Tomic later told his post-match news conference: "I don't care about that match point. Would you care if you were 23 and worth over $10 million?"

Tomic then lasted just eight minutes in his opening clash at the ongoing Rome Masters, retiring after a medical timeout when leading Frenchman Benoit Paire 2-1, saying he had been "feeling bad all night".

His withdrawal from Rio contention has potentially helped the AOC dodge a difficult decision.

"It's his choice. We don't force anyone to take part in the Olympic Games," Chiller told reporters.

"We only want people in our team who want to be there and are prepared to abide by what that team means.

Tomic has a catalogue of lax commitment in matches, which has earned him the nickname "Tomic the Tank Engine," and he was savaged in the Australian press this week.

Australian Davis Cup captain Lleyton Hewitt, who skipped the 2004 Athens Olympics to focus on the US Open that year, said Tomic would not have taken his decision lightly.

"Scheduling can always be difficult in these circumstances," Hewitt told the Australian Broadcasting Corporation.

"Bernie has always made himself available to play for Australia in the Davis Cup and he is very passionate about playing for his country."

Leishman pulled out this month over fears about the Zika virus and its possible impact on his ill wife, while Scott, like Tomic, said he was skipping the event due to a busy schedule.

Comments
Topics mentioned in this article
Bernard Tomic Olympics 2016 Tennis
Get the latest updates on IPL 2021, IPL Points Table , IPL Schedule 2021 , live score . Like us on Facebook or follow us on Twitter for more sports updates. You can also download the NDTV Cricket app for Android or iOS.