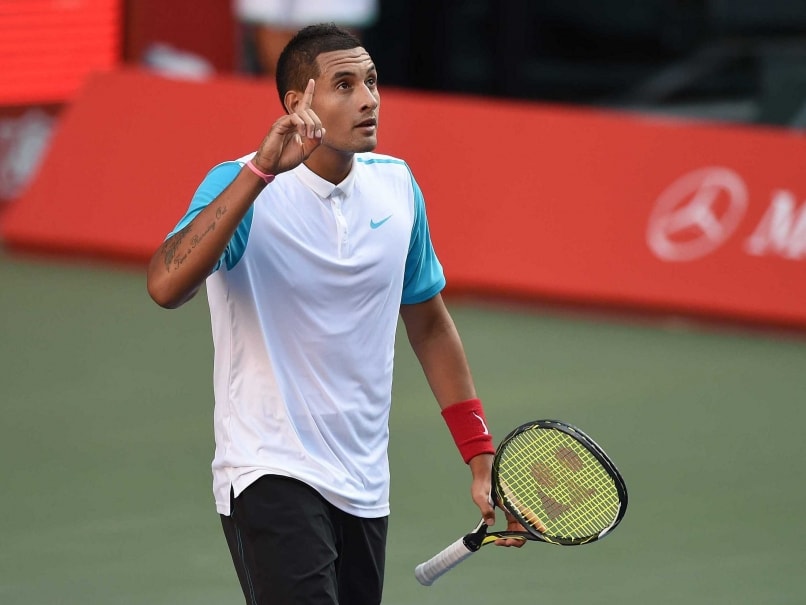 Nick Kyrgios and Bernard Tomic have had repeated run-ins with the authorities.© AFP
Sydney:

Australia's Olympic chef de mission Kitty Chiller has warned Tennis Australia that bad behaviour will not be tolerated in Rio in a clear broadside to troubled stars Nick Kyrgios and Bernard Tomic.

"When push comes to shove, I won't be afraid to discipline someone if they are not adhering to the standard we expect," she said Wednesday.

"I will be sending people home if they don't respect what they are part of."

The warning followed angry exchanges between the two young stars both off and on court earlier this month.

During a Davis Cup game against the United States, Tomic accused Kyrgios of faking illness to avoid playing before the latter quickly hit back on social media.

The young mavericks have had repeated run-ins with the authorities and Chiller said she had already spoken to Tennis Australia about what is acceptable conduct, but did not mention their names.

"It's not just tennis but some of the values are not what I would want our Olympians to exhibit," she told news.com.au.

"How we operate off the field is just as important as what we do on the field. I want an Australian team that Australia is proud of.

"Australians are very forgiving if we come fifth or sixth or seventh if we go and try our guts out and do it in the right way with our heads held high."

In the last year Tomic has clashed with Tennis Australia and was suspended for a Davis Cup tie. He was also arrested over a raucous penthouse party in Miami.

Among numerous verbal outbursts, Kyrgios infamously made crude remarks in 2015 about the girlfriend of Swiss ace Stan Wawrinka and was given a suspended 28-day ban and fined US$25,000.

Comments
Topics mentioned in this article
Nick Kyrgios Bernard Tomic Tennis Olympics 2016
Get the latest updates on IPL 2021, IPL Points Table , IPL Schedule 2021 , live score . Like us on Facebook or follow us on Twitter for more sports updates. You can also download the NDTV Cricket app for Android or iOS.