Sania Mirza and Martina Hingis, who began their partnership in March 2015, have ended their 16-month partnership due to a string of recent poor results. 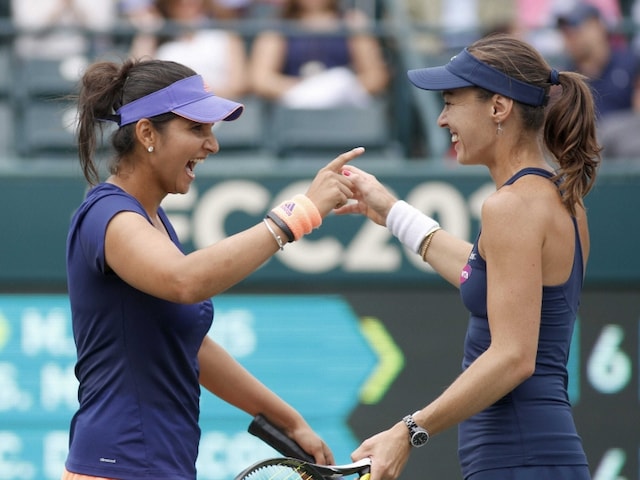 Sania Mirza and Martina Hingis' partnership took the tennis world by storm in 2015 when they won nine titles, including three Grand Slam titles. Their duo, labeled 'Santina' were on top of the world and it seemed many titles would come their way. However, on Monday, it was announced that the duo were separating due to recent poor results.

While sources close to Sania confirmed the split in an interview to PTI, Hingis has taken to her official Instagram account (@martinahingis80) to explain the reasons behind their split

After three Grand Slam victories and eleven WTA doubles titles together, we have mutually agreed that we would each be open to playing with other players for the remainder of the season. Perhaps, because of our great past results, we have had very high expectations from our partnership and unfortunately did not get the results we desired recently. We would like to clarify that it was a totally professional decision based purely on our recent results. The professional decision has not and will not in any way affect the wonderful personal relationship that we continue to share. We also look forward to defending our title in the year-end WTA Finals in Singapore in October for which Santina has already qualified.We hope that this puts to rest some of the fabricated stories that have been doing the rounds in some sections of the media. Best Sania and Martina

Sania-Martina started their partnership with a bang by winning three titles on the trot -- at Indian Wells, Miami and Charleston in 2015.

Sania became world number one in partnership with Martina when they won the Charleston event. Sania also enjoyed her first ever women's doubles Grand Slam title by winning the Wimbledon in company of Martina. Later, the pair also won the 2015 US Open.

After winning four titles at the start of the season, they have managed to win only one (Rome) after that in three finals.

They also failed to defend their Wimbledon crown. In last month's Montreal event, they lost in the quarterfinals. In all they won 14 titles. The pair's last tournament will be the year-end WTA Finals in Singapore.

Comments
Topics mentioned in this article
Martina Hingis Sania Mirza Olympics 2016 Tennis
Get the latest updates on IPL 2020, check out the IPL Schedule for 2020 and Indian Premier League (IPL) Cricket live score . Like us on Facebook or follow us on Twitter for more sports updates. You can also download the NDTV Cricket app for Android or iOS.