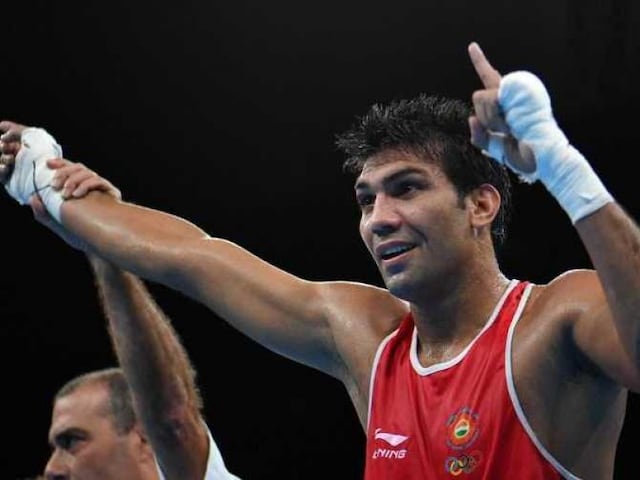 Bitter about the administrative mess which he feels cost him a medal at the Rio Olympics, pugilist Manoj Kumar says Indian boxing is on death bed right now and desperately needs intervention from Prime Minister Narendra Modi.

"I am sure that I would have won a medal if India was not suspended from the International Boxing Association (AIBA). Had the first round in that pre-quarterfinal bout gone in my favour, the result would have been different," Manoj told PTI in an interview.

The country's boxers could not fetch a single medal for the first time in eight years at the Games.

"I think I should have got that first round against Gaibnazarov, that would have changed the complexion of the overall result," he said.

The 29-year-old from Haryana, a former Commonwealth Games gold-medallist, was included in the Target Olympic Podium (TOP) scheme only in June when he qualified for the Games. Manoj said it was too little, too late for him.

"I never got the support that some others got. I have had to face so much in trying to just qualify. Nobody backed me, and by that I mean nobody. I was never considered a prospect, never given any financial support to prepare. I did everything on my own merit and the support of my elder brother Rajesh," he said.

"Boxing is dying because of all that has happened in the last four years. I want to meet Prime Minister Narendra Modi to plead with him to intervene," Manoj said.

Originally terminated in 2012, India's national federation is still quite far from taking shape and the AIBA has warned of stern action if elections are not held by September 25.

"There has been no National Championship. Where is the next batch of boxers? Boxing has been destroyed," he fumed.

Manoj's assertion of fighting his battles alone are not without grounds. The Haryana-lad has not been given the promotion he was promised by Railways way back in 2010 after his CWG gold.

Besides, he had to fight a court battle in 2014 to get the Arjuna award despite meeting all the criteria for selection. And he did not have any sponsor to back his quest for Olympic qualification.

"I am not saying I am the most talented but I am hard-working. I know I gave it my all in Rio, I fought as hard as I could but there is only so much you can do without any support," he said.

"What's even worse is that while I was there competing in Rio, my family was being harassed by neighbours here. Somebody tried to disconnect the power supply to our house so that my family could not watch me compete. How do you fight such pettiness?" he asked.

India had a three-strong representation in Rio in Shiva Thapa (56kg), Manoj and Vikas Krishan (75kg). All of them lost to eventual finalists in the their respective preliminary bouts.