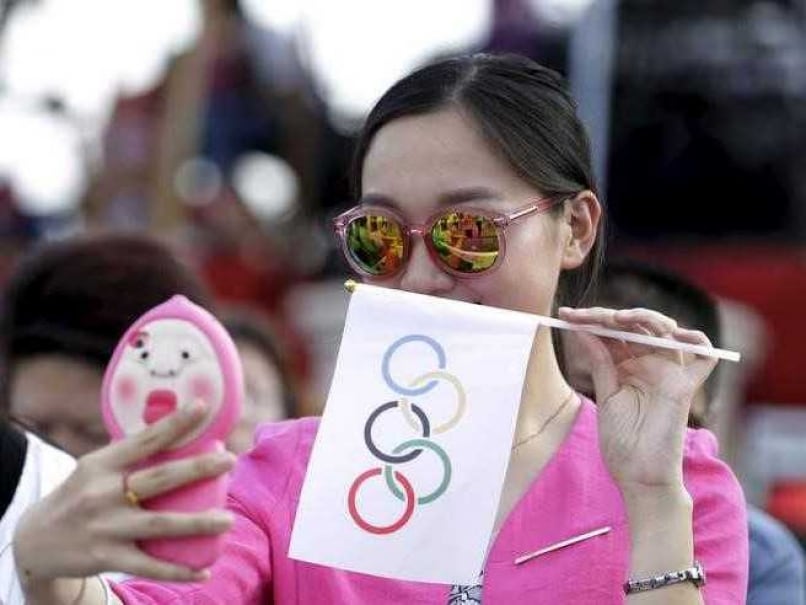 Tokyo defeated Istanbul and Madrid for the hosting rights of the 2020 Olympics.© Reuters
London:

The International Olympic Committee (IOC) is ready to examine allegations of possible bribery in the bidding for the 2020 Olympics. (Read more sports stories here)

The Olympic body said on Friday it has asked the World Anti-Doping Agency's independent commission for transcripts from its report on doping and corruption in track and field that raises the possibility that $5 million in sponsorship money was paid to help Tokyo secure the games.

A footnote to the WADA report indicates that former IAAF president Lamine Diack was prepared to sell his vote in the 2020 bidding contest in exchange for sponsorship of IAAF events. The report suggests that Diack - an IOC member at the time - dropped his support for Istanbul because Turkey refused to pay, and backed Tokyo after the Japanese did pay.

"We have already asked the Independent Commission for the transcript so that we can better understand the context and the claims being made," the International Olympic Committee said in a statement to The Associated Press.

Tokyo organisers said the allegation was "beyond our understanding," while Turkey's Olympic committee said Diack's reported demand was not the reason Istanbul lost.

The IOC statement noted that Dick Pound, an IOC member who chaired the WADA panel, said he was "fairly confident" the current Olympic bidding process is free of organised corruption.

"We have done an enormous amount since 1999, to make sure that that cannot happen," Pound said, referring to the cleanup after the Salt Lake City bidding scandal. "If there is going to be individual bits of corruption you can't stop all that. But organisationally, I don't think that's an issue with the Olympics."

The WADA commission report cites transcripts of conversations between one of Diack's sons, Khalil, and Turkish track officials in connection with the 2020 bidding process.

"Turkey lost LD's support because they did not pay sponsorship moneys of $4 to 5 million either to the Diamond League or IAAF," the note said, referring to Lamine Diack. "According (to) the transcript the Japanese did pay such a sum."

"The 2020 Games were awarded to Tokyo," the note added. "The IC did not investigate this matter further for it was not within our remit."

Tokyo defeated Istanbul 60-36 in the final round of IOC voting in 2013 in Buenos Aires. The third candidate, Madrid, was eliminated earlier in a runoff with Istanbul.

"The note in the (WADA) report is beyond our understanding," Hikariko Ono, a spokeswoman for the Tokyo Olympic organizing committee, said in a statement. "The games were awarded to Tokyo because the city presented the best bid. Tokyo's bid was about Japan's commitment to address issues around the integrity of sport."

Ugur Erdener, head of the Turkish Olympic Committee, issued a statement Friday saying Istanbul did not lose because of Diack's reported demand for sponsorship money.

"Lamine Diack was the head of the IAAF at the time and may have been expecting sponsorship for his federation," said Erdener, who also serves on the IOC executive board. "He may have used his individual vote in favor of another city that met his expectations."

"Lamine Diack does not have the authority to grant the Olympic Games to any city, and in the end, he only used his vote," Erdener said. "Therefore, it would not be a correct approach to explain the fact that Istanbul did not win the right to organize the 2020 Olympic Games through Lamine Diack's vote alone."

Diack, of Senegal, served as an IOC member from 1999 to 2013. As a senior figure in the Olympic world, he could have held sway in influencing a bloc of IOC votes.

Diack resigned as an honorary IOC member in November, a day after he was provisionally suspended by the executive board. The move came after he was placed under criminal investigation in France on corruption and money-laundering charges in connection with cover-ups of Russian doping cases.

'Vigorous Look Need to be Taken'

Pound on Thursday recommended the IAAF "take a vigorous, forensic look" at the 2020 Olympic vote-buying allegation and the awarding of world championships to certain cities and countries.

"We have had reports from people who seem to know what they are talking about," Pound said at a news conference. "We have brought that to the attention of the IAAF and recommended they take a vigorous forensic look at it, to see whether there is anything to the allegations."

It's not the first time Diack has been linked to possible Olympic bribery.

The Guardian newspaper reported Tuesday that it had seen emails from one of Diack's sons, Papa Masata Diack, regarding alleged "parcels" to be delivered to six IOC members in connection with the bid from Doha, Qatar, for the 2016 Games.

The Guardian said the parcels were to have been delivered through a man believed to be Lamine Diack.

It wasn't known whether any packages were sent. In any case, a month after the email was sent in May 2008, Doha failed to make the list of finalists in the 2016 bidding.

Last week, Papa Masata Diack was banned for life by the IAAF ethics commission for corruption and cover-up allegations linked to Russian doping.

The IOC said it asked the Guardian for copies of the emails so the material could be sent to its ethics commission, but that the Guardian had refused.

(This story has not been edited by NDTV staff and is auto-generated from a syndicated feed.)
Comments
Topics mentioned in this article
Other Sports Olympics 2012 Olympics 2016 Olympics
Get the latest updates on IND vs NZ 2021, check out the Schedule and Live Score . Like us on Facebook or follow us on Twitter for more sports updates. You can also download the NDTV Cricket app for Android or iOS.