As the Indian Olympic Association gives a send-off to the national contingent for the Rio Games, the women's archery team acclimatises by doing yoga in Brazil. 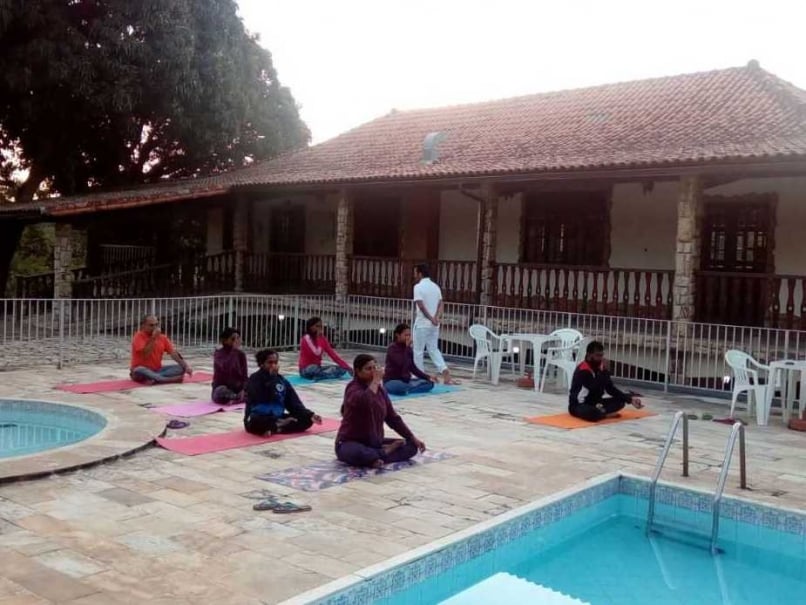 The women's archery team practises yoga in Rio de Janeiro ahead of the Olympics.© NDTV

The women's archery team was the first squad from India to reach Rio, almost four weeks ahead of the games, in order to acclimatise.

The team is currently undergoing rigorous training in Rio where they were also seen practising Yoga. The expectations from the squad is very high especially from former world No. 1 Deepika Kumari, who surprised everyone, this year, by breaking a world record in the women's recurve event at the Archery World Cup in Shanghai.

The 22-year-old who is currently ranked 5th in the world won her fourth silver medal at the World Cup earlier this year. The team will be vying for gold in 3 medal disciplines in both individual & team events.

Comments
Topics mentioned in this article
Olympics 2016 Olympics Olympics
Get the latest updates on IPL 2021, check out the IPL 2021 Schedule and Indian Premier League Live Score . Like us on Facebook or follow us on Twitter for more sports updates. You can also download the NDTV Cricket app for Android or iOS.