While the Indian men's hockey team begin their campaign against Ireland on August 6, the women's team start against Japan on August 7. 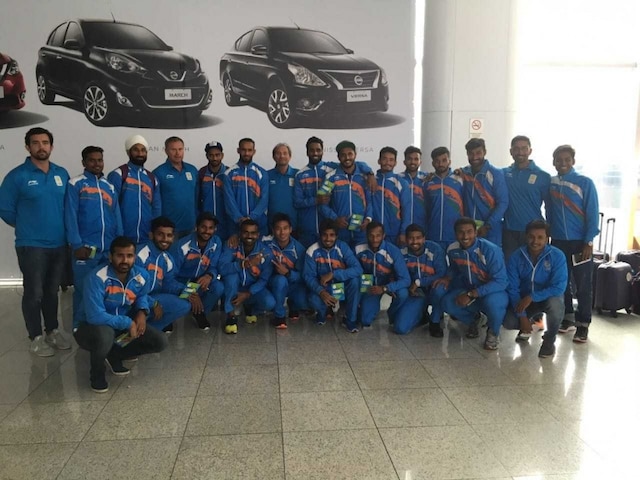 Eager to put up a top-notch performance at the 2016 Olympic Games, the Indian men's and women's hockey teams arrived in Rio de Janeiro on Friday.

While the men's team travelled from Madrid after playing two friendly matches against Spain, the women arrived from Philadelphia where they won two matches against Canada and one match against United States of America.

This will be the first women's hockey team from India in 36 years to play at the Olympics.

The excitement and anxiousness was palpable among the women led by the promising Sushila Chanu. The women's team features in Pool B and will play against Argentina, Australia, Great Britain, United States and Japan.

"After a series of losses in England and Australia in the lead up to the Olympic Games, the wins in US has helped us gain confidence we needed ahead of the Rio Olympics," said Chanu.

"This is our first Olympics and we are aware that our performance here will help the future generations of women to take up the sport and excel. We are looking forward to putting up a good show and our aim is to make the quarterfinals first," a confident Chanu added.

Meanwhile, the men's team riding high on their recent exploits in the Champions Trophy in London, where the PR Sreejesh-led squad won a historic silver medal, is vying to get the better of some of the top teams in their pool.

"Our first priority is to beat some of the top teams in our pool including Germany, Argentina and Netherlands. Though we have beaten each of these teams in the past or have come close to beating Germany in the Champions Trophy recently, the Olympic Games is a different ball game and we need to put up something extraordinary and special to excel against them," said goalkeeper Sreejesh.

The captain further stated that every match will be crucial and their first goal is to make the quarterfinals.

"Obviously we are here to win a medal. But to do that we need to take it match-by-match. We will not take any match lightly, be it Ireland, Canada or the defending champions Germany. We will play each match like it is our last," said the skipper.

The Indian Men's #Hockey Team touchdown in Rio for our #MedalKaMission at #Rio2016! Album: https://t.co/Z5GhriMMjF pic.twitter.com/0VcQAxxLsR

The Indian men's team will play Netherlands, Argentina, Germany, Ireland and Canada in Pool B and will need to be in top-four in the pool to make it to the quarterfinals.

Chief coach Roelant Oltmans expressed the team's eagerness to compete in the greatest tournament on the planet.

"This is the first Olympics for most of the boys in the team and naturally they have butterflies in their stomach but this bunch knows how to handle pressure in big-ticket matches," said Oltmans.

"This moment that we have been working on for so many months and years is finally here and I am confident that this team has it in them to create history. This is the time for them to peak and I am sure they are ready for it."

The men's team will take on Ireland on August 6 in their first match while the women begin their campaign against Japan on August 7.

Comments
Topics mentioned in this article
Hockey India India Women Olympics 2016
Get the latest Cricket news, check out the India cricket schedule, Cricket live score . Like us on Facebook or follow us on Twitter for more sports updates. You can also download the NDTV Cricket app for Android or iOS.