How Dutee Chand Defied Odds To Qualify For 2016 Rio Olympics 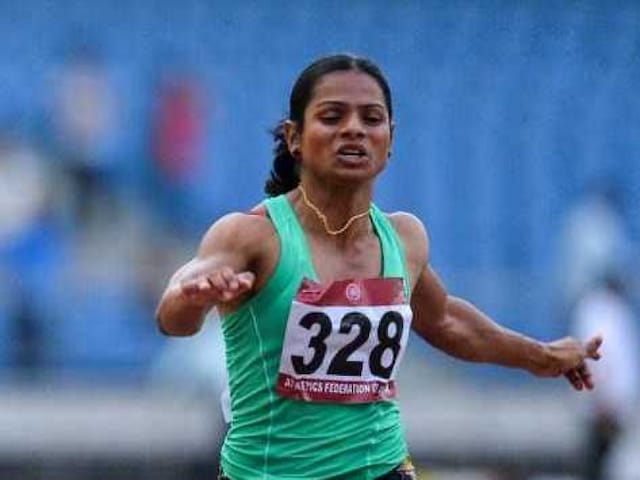 Indian sprinter Dutee Chand made the cut for the women's 100m at the Rio Olympics on Saturday, less than a year after she was cleared to race following the Court of Arbitration for Sport's (CAS) ruling on gender testing guidelines.

It cleared the way for Chand to compete again in both domestic and international events after she was forced to sit out about a year of competition.
She clocked a national record 11.30 seconds in the 100m heats at the G. Kosanov Memorial Meet in Almaty, Kazakhstan, to qualify for the Rio Games, the qualifying mark for which was set at 11.32.

"I am really happy at the moment," she said in a statement. "It has been a tough year for me and I am so happy that my coach ... and my hard work has paid off.

"I would like to thank all the people in India who were praying for me to qualify. Your wishes have paid off."

The daughter of weavers from Odisha, Chand was dropped from India's contingent for the Glasgow Commonwealth Games and the Asian Games in Incheon after her naturally-occurring testosterone levels were found to be in breach of IAAF's guidelines.

She was advised to have surgery and take medication but instead decided to challenge the guidelines at CAS, who asked the IAAF to present scientific evidence proving enhanced testosterone levels improved performance in hyperandrogenic athletes.

South Africa's former world champion 800m runner Caster Semenya was also subjected to gender testing by the IAAF before being cleared to compete as a woman.

Comments
Topics mentioned in this article
Athletics Olympics 2016 Olympics
Get the latest Cricket news, check out the India cricket schedule, Cricket live score . Like us on Facebook or follow us on Twitter for more sports updates. You can also download the NDTV Cricket app for Android or iOS.