Focus Is Only On Qualifying For Rio Olympics, Says MC Mary Kom

MC Mary Kom said it's an honour to be nominated for Rajya Sabha but currently she does not have time to think about it as her focus is only on qualifying for 2016 Rio Olympics. 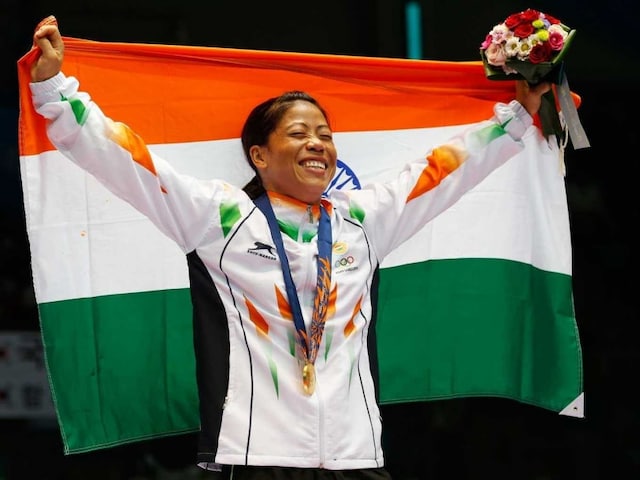 MC Mary Kom said she is not going to think about what would be her role as a Parliamentarian till the time she qualifies for Rio Olympics. © AP

Left surprised by the Rajya Sabha nomination, star Indian woman boxer MC Mary Kom on Saturday said she does not have the time to think about her new role right now as her focus is on qualifying for the Olympics.

London Olympics bronze-medallist Mary Kom said it was a great honour to be nominated for the Rajya Sabha but she would not put herself under pressure by thinking about the role she would play in the Parliament.

"It was a great honour to be nominated for Rajya Sabha. It was a sudden development and I was surprised. When I was told that I would be nominated for the Rajya Sabha, I started thinking what would I do as an MP," Mary Kom told reporters at an event to name Bollywood superstar Salman Khan as Goodwill Ambassador of the Indian contingent for the Rio Olympics.

Mary Kom could not qualify for the Rio Olympics during the Asian Championships earlier this month as she lost in the semifinals of the 51kg category. She has another chance to book a Rio berth in next month's World Championships.

When told that many a celebrities nominated to the Rajya Sabha did not perform their roles, with some not even attending the Parliament often, the Manipuri boxer said, "I know all those thing and I will attend to them later. It will be a kind of double task for me. I will see as the time comes."

Goaded by Salman about her plans as an MP, Mary Kom said, "I will try to do my best and work for the upliftment for Indian sports and sportspersons. I am a boxer but I will work for the betterment of all the sports."

On whether the nomination opens up the possibility of sequel to her hugely successful biopic, Mary Kom said, "I will perform all my roles in the Part 2 all alone. I will not give any role to anybody."

She thanked Salman for coming on board as the Goodwill Ambassador of the Indian Olympics contingent.

"Salman bhai will inspire the Indian to do their best in the Olympics. His association will also raise the interest of the fans in the performance of Indian athletes in Olympic sports," she said.

Comments
Topics mentioned in this article
Boxing Mary Kom Olympics 2016 India
Get the latest Cricket news, check out the India cricket schedule, Cricket live score . Like us on Facebook or follow us on Twitter for more sports updates. You can also download the NDTV Cricket app for Android or iOS.