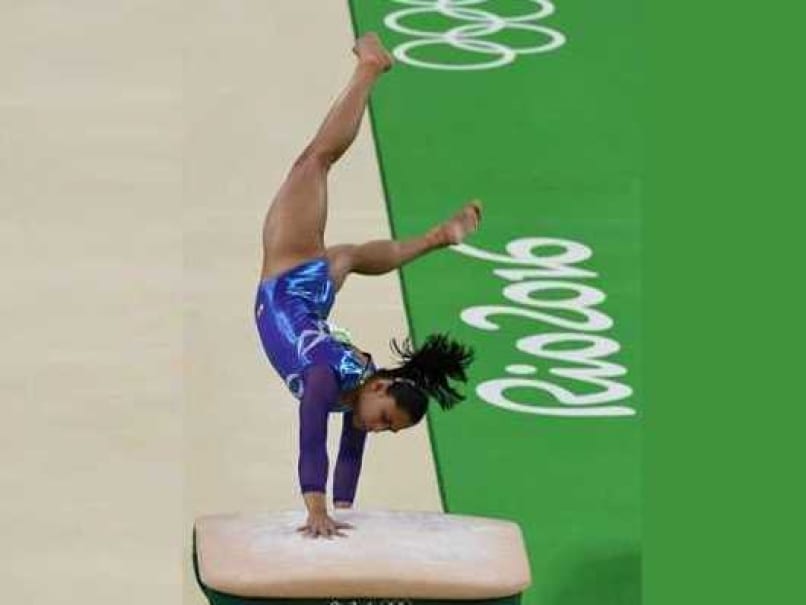 Following her stupendous performance at the Rio Olympics finals last night, Dipa Karmakar was the toast of Tripura on Monday. At his annual Independence Day address to the state, Chief Minister Manik Sarkar began by talking about Dipa, as praises poured in for her on Twitter as well.

Speaking at Assam Rifles Maidan, Mr. Sarkar called Dipa Karmakar 'lambi race ka ghoda'. "Yesterday at midnight as many of you know, or Dipa performed brilliantly at an international platform like the Olympics in artistic gymnastics. She may have missed out on a medal by a whisker but she has made all of us proud. I am sure this is just the beginning and she has a lot more in store for us in the future."

Dipa Karmakar joined a list of Indian greats like PT Usha and Milkha Singh after finishing fourth at the Olympics. However Dipa has made her intentions very clear. It has to be a medal for her country at the Olympics. She is not satisfied with the fourth position.

In an interview to NDTV at Rio de Janeiro, Dipa echoed the same thing even as her coach said she performed whatever she had learned, very well. "I am very unhappy that I could not win a medal, but I am sure next time I will be able to win," she said.

But on Twitter, where the gymnast's followers shot up to 15.6 thousand in the last few days, the message to the golden girl of Tripura was simple. Most tweets praised her grit and credited her with putting Indian gymnastics on the international map.

Many compared her feat to better than the winner as she attempted the Produnova, also known as the 'vault of death'. Olympic gold medallist Abhinav Bindra called Dipa Karmakar his hero and Simone Biles, who won the gold medal when asked if she would attempt the Produnova said, "I am not planning to die."

The Tripura Chief Minister also asked parents to take inspiration from Dipa and allow their children to participate and excel in sports. He said her parents supported her in her mission to be a gymnast despite hurdles and that has made Dipa Karmakar who she is today.

Comments
Topics mentioned in this article
Olympics 2016 India Gymnastics Olympics Olympics Olympics
Get the latest updates on SA vs IND 2021-22, check out the Schedule and Live Score . Like us on Facebook or follow us on Twitter for more sports updates. You can also download the NDTV Cricket app for Android or iOS.