Dipa Karmakar, who became the first Indian woman gymnast to qualify for 2016 Rio Olympics, will receive funding up to Rs 30 lakh from the Sports ministry as part of the Target Olympic Podium Scheme (TOPS) 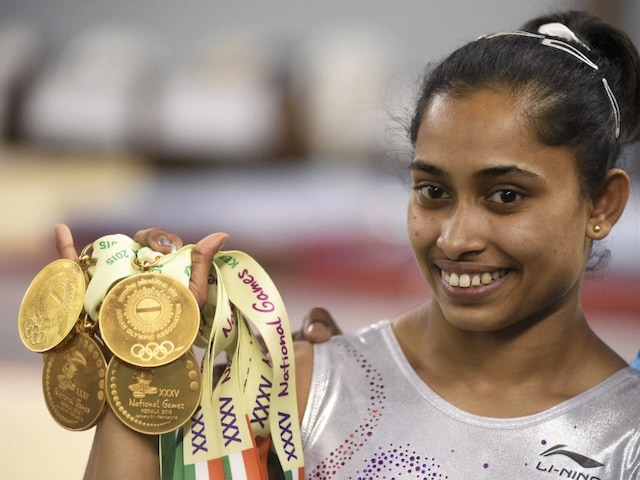 Dipa Karmakar won a bronze medal at the 2014 Commonwealth Games. She will compete in the 2016 Rio Olympics.© PTI

Dipa Karmakar, who became India's first woman gymnast to qualify for Olympics, will receive the sports ministry's funding of up to Rs 30 lakh under the Target Olympic Podium Scheme (TOPS), it was announced on Monday. (Dipa Karmakar Becomes First Indian Woman to Qualify For 2016 Rio Olympics Gymnastics)

Dipa, who is an Asian Championship bronze medallist, qualified in the artistic gymnastics event at Rio after collecting 52.698 points in the test event.

The ministry of youth affairs and sports (Department of Sports) has formulated the TOP scheme for identifying and supporting potential medal prospects for the 2016 and 2020 Olympic Games.

The last participation by India in gymnastics at Olympics was way back in 1964, but during that time there was no qualification system in place.