'Dipa Karmakar Should be Made India's Brand Ambassador' 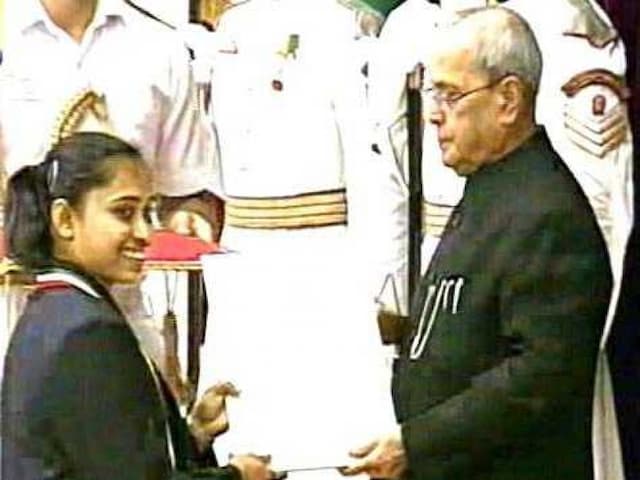 Dipa Karmakar was honoured with the Khel Ratna Award this year.© NDTV

Dipa Karmakar, the first Indian woman Olympian in gymnastics who finished fourth in the Rio Games, should be made the brand ambassador of India, former Indian football captain Prasun Banerjee said on Thursday.

"She is the golden girl of the country who made all Indians proud with her performance in gymnastics and she should be made the brand ambassador of our country. I would raise the issue in the next session of Parliament," Banerjee told reporters. However, he did not elaborate on the brand ambassador issue.

Banerjee, also a Trinamool Congress MP, felicitated her at her home at Abhoynagar here on behalf of the party. Banerjee, an Arjuna awardee who played for the country in the 1970s and 1980s and also a former captain of Mohun Bagan team, handed over a green and maroon jersey of the club and a wooden relic of Ashokstambha to Karmakar.

Vice-President of Trinamool Congress, Mukul Roy felicitated the gymnast on behalf of the TMC and gave her a plaque, an 'uttario', two sarees and a gold necklace in presence of Chairman of the Tripura unit of TMC, Ratan Chakraborty and Sudip Roy Burman, former leader of the opposition and an MLA.

Comments
Topics mentioned in this article
Dipa Karmakar Olympics 2016 Gymnastics
Get the latest Cricket news, check out the India cricket schedule, Cricket live score . Like us on Facebook or follow us on Twitter for more sports updates. You can also download the NDTV Cricket app for Android or iOS.