Dipa Karmakar finished agonisingly close to winning a medal at the Rio Olympics, after being placed fourth with an aggregate score of 15.066 in the women's vault final 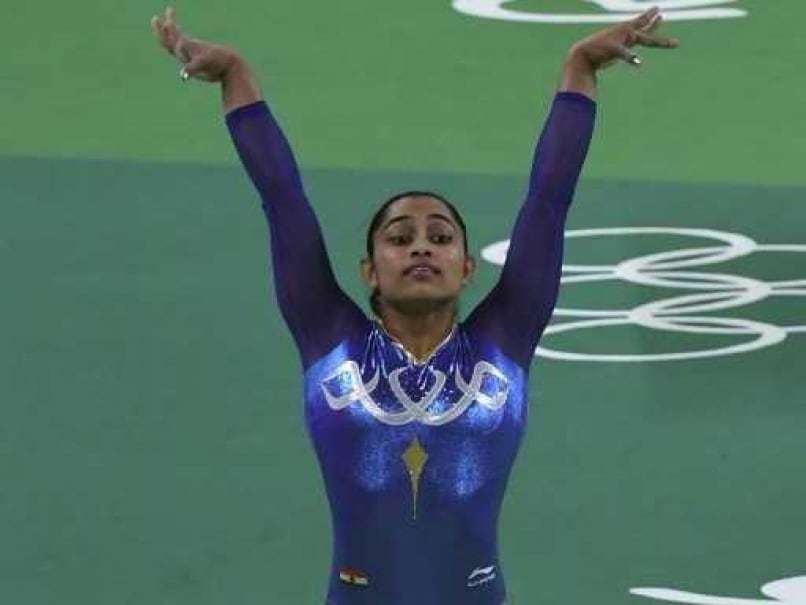 Dipa Karmakar narrowly missed a medal yet made historyin the women's vault final at the 2016 Rio Olympics. She finished an agonising fourth but still produced the best-ever performance by an Indian gymnast in Olympics history here on Sunday.

The 23-year-old Dipa, who had become the first Indian woman gymnast to have qualified for the Olympics, scored an average of 15.066 points, a mere 0.15 less than the eventual bronze winner Giulia Steingruber (15.216) of Switzerland.

"I did my vault as best as I can. Will do better in 2020 Olympics," Dipa told NDTV after her event. "Very sad to have finished fourth. If I came fifth or sixth it would have hurt less. But fourth!"


Dipa Karmakar you are my hero !

The gold went to American pre-event favourite Simone Biles (15.966), adding to the two gold she has already won in team event and all-round in this Olympics.

Reigning vault world champion Maria Paseka of Russia got the silver with an average of 15.253 points.

Dipa, who had scored 14.850 in the qualifying round, could have got more points had she not landed on her haunches in her risky 'Produnova' vault for which she is now known all over the world.


Thank u #DipaKarmakar fr getting us united at midnight cheering fr Gymnastics,in a country with no infrastructure for this sport.Super Proud

Coming in as the sixth competitor in the finals, the Tripura girl went for the 'Tsukahara' in her first attempt in which she collected 14.866 points. She went for a difficulty level of 6 and got 8.855 for the execution.

In her 'Produnova', Dipa did everything right except that she did not have a perfect landing as she just touched the ground and thereby losing points.

She scored 15.266 from her 'Produnova' with 8.266 points for execution for a difficulty level of 7. The average of the two attempts gave her 15.066, a mere 0.15 difference with bronze winner Steingruber.

Dipa, who won a bronze in the 2014 Commonwealth Games, had some anxious moments as she waited for her score to come on the scoreboard.

Her coach Biswesar Nandi hugged her after the 'Produnova' vault and Dipa herself gave a thumbs up to the camera but it seemed that it dawned on both of them that it was not a perfect landing in the most risky vault which very few in the world attempted.

Dipa was the second competitor to perform the 'Produnova' in the finals, the other being 2008 Beijing vault silver winner Oksana Chusovitina of Uzbekistan, who finished seventh in the eight-woman finals with an average point of 14.833.

Dipa, however, will hold her head high as she has scripted history by becoming the first India to qualify for the vault finals in her first Olympics.

Since independence, 11 Indian male gymnasts have taken part in the Olympics (two in 1952, three in 1956 and six in 1964), but this was the first for an Indian woman at the Olympics.