Dipa Karmakar Didn't Win The Medal Nobody Expected Her to Win 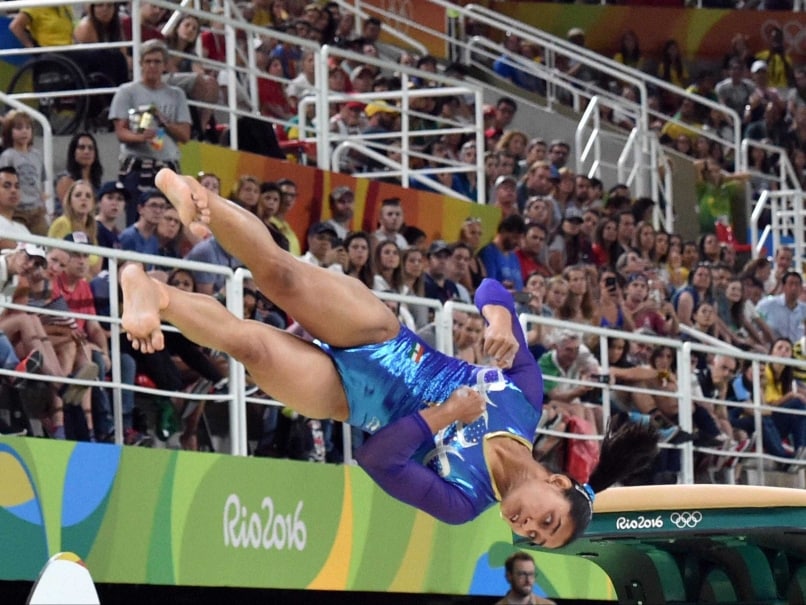 In 2014, soon after she won a bronze at the Commonwealth Games, a colleague who covered the games in Glasgow proclaimed that Dipa Karmakar had a good chance of winning an Olympic medal.Â His prognostication was met with laughter from our sports team at NDTV. "An Indian winning an Olympic medal in gymnastics? Of course, why not", said one workmate, tongue firmly in cheek. "The competition at the Commonwealth Games is so inferior that a gold medallist struggles to even make the finals at the Olympics games, let alone win a medal", said another, the smirk on his face hard to miss.

No one was expecting a medal from Dipa.

While journalists are often castigated for being cynics, the comments here weren't misplaced but backed by logic. With zero pedigree or history in the sport, India was as important or unimportant in world gymnastics as China is in cricket. But that was until Dipa Karmakar arrived.

The 23-year-old from Agartala placed fifth at the World Championship in 2015. She followed that up by winning gold at the Olympic test event in Rio, thereby qualifying for the Olympics and becoming the first Indian woman to do so.

But no one was expecting a medal from Dipa.

At Rio 2016, she made the finals of the vault by the skin of her teeth. A score of 14.850 placed her 8th as she grabbed the final qualifying spot.

But no one was expecting a medal from Dipa.

On the day of the final, at the gymnastic centre at the Olympic Park in Rio- which resembles a Bull-Ring with spectator stands rising at an angle of 90 degree, and four floors of fans literally sitting on top of you, eight contestant walked out into the arena. There was an Indian too.Â A sight that had never been witnessed in the 120 years since gymnastics has been part of the Summer Olympic Games.

The announcer called out Dipa Karmakar's name and that she was the first from her country to make the final of an Olympic gymnastic event, and a loud cheer reverberated in the arena. There were only a handful of Indians in the 20 thousand odd spectators at the arena, majority were Brazilians, and they had already taken a fancy for the Indian debutant.

But they weren't expecting a medal from Dipa.

Dipa was sixth out of a total of eight contestants. She stood at the top of her mark, ran in at tremendous speed, jumped on the spring board and after two and half twist made an impressive landing. She had just performed a Tsukahara. The decision to start with Tsukahara and not Produnova (her favourite vault, also dubbed as the vault of death) was taken a couple of days ahead of the final by her coach Bishweshwar Nandi, who felt that Dipa gave her best performance in her first vault. And since Produnova was her trump card, it was the other vault she needed to perform better at.

But Nandi wasn't expecting a medal from Dipa. Top 6 was a realistic target.

Before one could finish seeing the replay on the giant screen in the stadium, Dipa was on top of her run-up for her second and last attempt. The screen came on and displayed the highest difficulty level of 7. 'Oohs' and 'aahs' were heard in the stadium . A few seconds later the murmurs faded away, and Dipa was sprinting towards the vault. A front hand-spring on the vaulting horse, two forward summersaults and she landed on her feet, with only a little bit of her bottom touching the landing mat.

She ran towards her coach, smiling, embracing him, as if to thank him for the 17-year-old long journey they've shared together which started in one of India's poorest state Tripura.

Dipa wasn't expecting a medal. She was happy she had given it her best.

Now the agonising wait for the final score. Anything above 15 points would be great one thought. 15.066 flashed on the giant screen, propelling the 23 year old into second position; ahead of a much more fancied North Korean and a high on pedigree Chinese gymnast.

Delighted as I was, a medal I wasn't expecting.

The current world champion Maria Paseka was next, followed by the golden girl of American gymnastics Simone Biles. True to form, Paseka and Biles leap-frogged Dipa with scores of 15.253 and 15.966 to win the silver and gold respectively. Switzerland's Giulia Steingruber with 15.066 became the first woman from her country to win an Olympic medal in gymnastics.

Despite missing out on a medal by a minuscule difference of 0.160 points the announcer made a special mention of Dipa's achievement as the first India woman to make the finals of a gymnastic event at the Olympics. The crowd gave her a standing ovation. For those of us present inside the arena, our hearts swelled with pride.

As it turns out, Dipa Karmakar didn't win the medal her country didn't expect her to win.

Comments
Topics mentioned in this article
Gymnastics India Olympics 2016 Olympics Olympics Olympics
Get the latest updates on SA vs IND 2021-22, check out the Schedule and Live Score . Like us on Facebook or follow us on Twitter for more sports updates. You can also download the NDTV Cricket app for Android or iOS.