Brazil will host the Summer Olympic Games in Rio this year. Google Doodle is celebrating the 120th anniversary of the Modern Games with a classy google doodle. 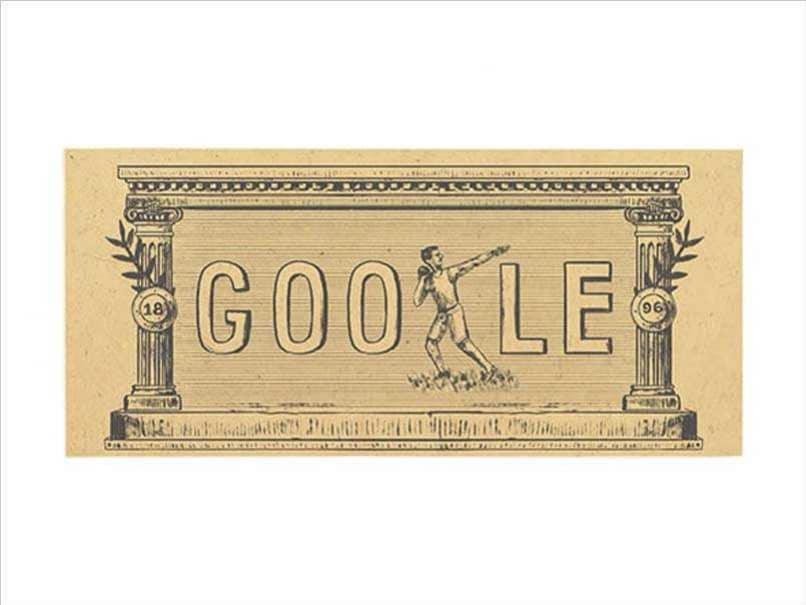 Hot on the heels of the ICC World Twenty20, Google is celebrating the 120th anniversary of the Modern Olympics on Wednesday. Brazil will host the 2016 Summer Games in Rio from August 5-21. (Read more sports stories here)

Search engine giants Google has designed a classy doodle marking the birth of the modern Games in Greece in 1896. The Games of the first Olympiad were held in Athens from April 6-15.

Designed by Olivia Huynh, the doodle shows four different scenes from the event - gymnastics (beam balance), weightlifting, shot put and marathon. Each of them can be seen by refreshing the homepage.

A click on the Google doodle leads to a Wikipedia article that has details of the first Games in ancient Greece. The article outlines how the Games were a success in spite of the many hurdles the organisers faced.

The Games had the largest international participation of any sporting event to that date. The Panathenaic Stadium, the only Olympic stadium used in the 1800s, overflowed with the largest crowd ever to watch a sporting event.

The highlight for the Greeks was the marathon victory by their compatriot Spyridon Louis. The most successful competitor was German wrestler and gymnast Carl Schuhmann, who won four events.

Since the first modern Olympics were held 120 years ago, they have continued to be staged over every four years with the exception of 1940 and 1944 due to World War II. London is the only city to have hosted the event thrice, last being 2012.

Comments
Topics mentioned in this article
Other Sports Olympics 2012 Olympics 2016 Olympics
Get the latest updates on India vs England Series, India vs England , live score and IPL 2021 Auction . Like us on Facebook or follow us on Twitter for more sports updates. You can also download the NDTV Cricket app for Android or iOS.