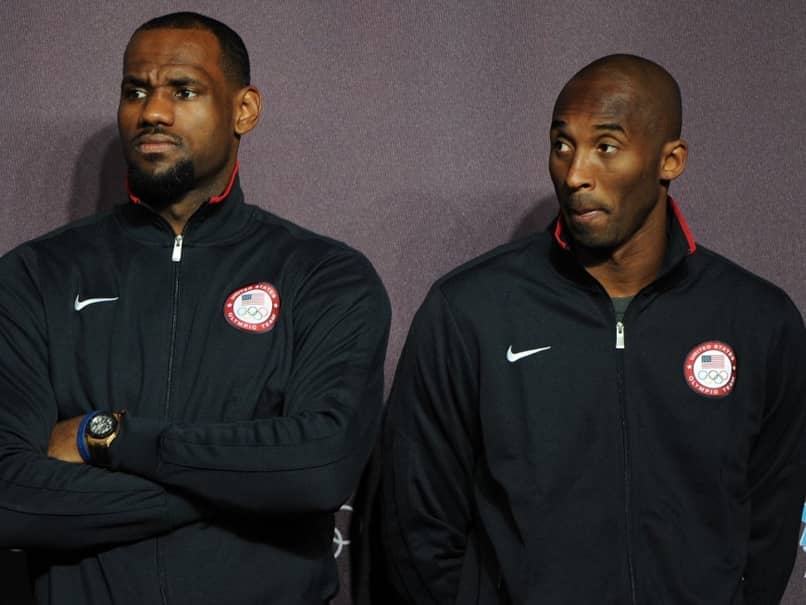 LeBron James was seen in tears after learning about the news of Kobe Bryant's tragic death.© AFP

Kobe Bryant's death triggered an outpouring of grief and sent shockwaves across the globe. Kobe Bryant, a five-time NBA champion with the Los Angeles Lakers and two-time Olympic gold medallist, died in a helicopter crash in suburban Los Angeles that also claimed the life of his 13-year-old daughter Gianna and seven others. Hours after news of Kobe Bryant's death, LA Lakers star LeBron James was seen in tears after his team's plane touched down in California on Sunday. In a video doing the rounds on social media, a visibly emotional James is seen hugging people and wiping away his tears after exiting the team plane.

Incidentally, Bryant was passed by current Lakers star LeBron James for third on the all-time NBA scoring list in a Saturday game at Philadelphia.

"Continuing to move the game forward @KingJames," Bryant wrote. "Much respect my brother #33644".

Continuing to move the game forward @KingJames. Much respect my brother #33644

LeBron is met with emotional hugs after landing in Los Angeles following the death of Kobe Bryant.

Kobe Bryant died on Sunday when a helicopter he was in crashed and burst into flames in thick fog, killing all nine people on board including his teenage daughter.

Comments
Topics mentioned in this article
Los Angeles Lakers Kobe Bryant LeBron James NBA
Get the latest updates on India vs Australia Series, check out the India vs Australia Schedule for 2020-21 and Ind vs Aus live score . Like us on Facebook or follow us on Twitter for more sports updates. You can also download the NDTV Cricket app for Android or iOS.