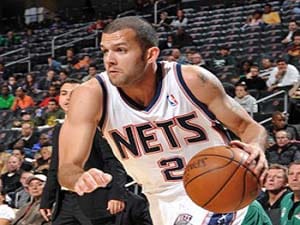 The Maccabi team said in a statement that Farmar will play for Tel Aviv as long as the NBA lockout continues.

Farmar, who is Jewish, won two NBA titles with the Los Angeles Lakers before moving to the Nets in 2010.

He is the latest NBA star to move to a team playing in the European leagues, following fellow Nets star Deron Williams, who will play for Turkish team Besiktas.

Comments
Topics mentioned in this article
NBA Jordan Farmar Formula 1
Get the latest updates on IPL 2020, check out the IPL Schedule for 2020 and Indian Premier League (IPL) Cricket live score . Like us on Facebook or follow us on Twitter for more sports updates. You can also download the NDTV Cricket app for Android or iOS.