As per reports in the US media, the Staples Center will host a public memorial for NBA icon Kobe Bryant on February 24. 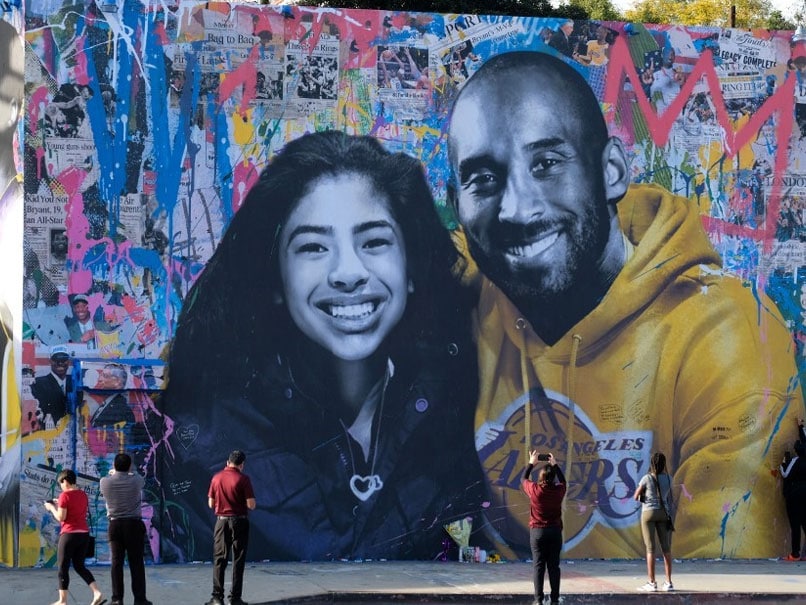 Kobe Bryant, his daughter Gianna and 7 others were killed last month in a helicopter crash.© AFP

Los Angeles will host a public memorial on February 24 at Staples Center for NBA icon Kobe Bryant and eight others killed last month in a helicopter crash, US media reported Thursday. The Los Angeles Times, citing two unnamed sources, and CNN, citing a source close to the Bryant family, were among the outlets reporting the event, which had not been officially announced. The Los Angeles Lakers -- the club where Bryant starred for 20 seasons -- Staples Center, and Los Angeles Mayor Eric Garcetti's office did not immediately confirm the event was planned.

The "2-24" date would carry some symbolism -- Bryant wore the No. 24 jersey in the later stages of his career and his 13-year-old daughter Gianna, who also died in the crash, wore No. 2 for her school basketball team.

Staples Center, the home arena of both the Lakers and the rival Los Angeles Clippers, as well as a concert venue, has hosted memorials for recording artists Michael Jackson and Nipsey Hussle.

The Lakers themselves paid emotional tribute to Bryant there in their first game after the club legend's death, when they hosted the Portland Trail Blazers.

Fans mourning Bryant had made the area outside Staples a spontaneous shrine, leaving mountains of flowers along with basketballs, jerseys, stuffed animals and other mementos.

Those items have been cleared away, with Staples Center officials saying the spent flowers would be used as mulch in plantings around the venue. Thousands of other items were packed up and sent to Bryant's widow, Vanessa Bryant, at her request.

The February 24 date, a Monday, falls the day between two Lakers home games, and reports indicated it would take place early enough in the day to allow a Clippers to host a scheduled home game against the Memphis Grizzlies that evening.

Comments
Topics mentioned in this article
Kobe Bryant Los Angeles Lakers NBA
Get the latest updates on IPL 2021, check out the IPL 2021 Schedule and Indian Premier League Live Score . Like us on Facebook or follow us on Twitter for more sports updates. You can also download the NDTV Cricket app for Android or iOS.