His attorney has said that Donald Sterling - alleged to have made shocking racist remarks for which he has been banned - has agreed to sell LA Clippers to Microsoft CEO Steve Ballmer for $2 billion. 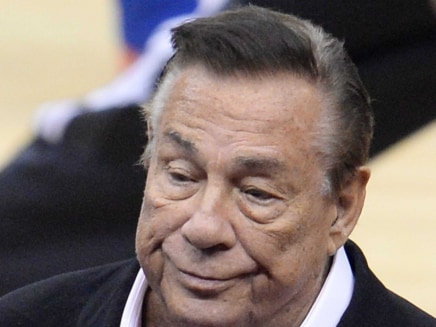 Los Angeles Clippers owner Donald Sterling agreed Wednesday to sign off on selling the team he's owned for 33 years to former Microsoft CEO Steve Ballmer for $2 billion, bringing the possibility of a resolution to weeks of rumors, uncertainty and looming possibilities for legal action.

The agreement hadn't been officially signed Wednesday afternoon, according to an individual with knowledge of the negotiations who wasn't authorized to discuss them publicly. But Donald Sterling's attorney, Maxwell Blecher, said he "has made an agreement with the NBA to resolve all their differences." Sterling gave his consent to a deal that was negotiated by his wife, Shelly Sterling, to sell the team, Blecher said.

Representatives for Shelly Sterling and the NBA declined to comment.

The agreement was an about face for Donald Sterling, who just last week filed a $1 billion suit against the NBA in federal court alleging the league violated his constitutional rights by relying on information from an "illegal" recording that publicized racist remarks he made to a girlfriend. It also said the league committed a breach of contract by fining Sterling $2.5 million and that it violated antitrust laws by trying to force a sale. Blecher said that as a result of the agreement, the federal suit will now be dismissed.

Sterling's comments to V. Stiviano included telling her to not bring black people to Clippers games, specifically mentioning Hall of Famer Magic Johnson. They resulted in a storm of outrage from the public and players and even prompted President Barack Obama to comment on what he called Sterling's "incredibly offensive racist statements."

For weeks, Donald Sterling said through his attorneys that he would fight the NBA's decisions to try to force his ouster as a team owner. But last week Shelly Sterling utilized her authority as sole trustee of The Sterling Family Trust, which owns the Clippers, to take bids for the team and ultimately negotiate a deal with Ballmer.

Ballmer beat out bids by Guggenheim Partners and a group including former NBA All-Star Grant Hill. Ballmer made more than an hour-long personal visit to Shelly Sterling's Malibu home last week and laid out his plan.

If the NBA owners approve the sale, it will be a record-high sum for a team that cost Donald Sterling about $12 million in 1981. Blecher's co-counsel, Bobby Samini, said the vote by league owners is expected to take place in mid-July.

This is not Ballmer's first foray into potential NBA ownership. Ballmer and investor Chris Hansen headed a group that agreed to a deal to buy the Kings from the Maloof family in January 2013 with the intention of moving the team to Seattle, where the SuperSonics played until 2008.

But Sacramento Mayor Kevin Johnson lobbied the NBA for time to put together a bid to keep the team in California, and though the Ballmer-Hansen group later increased its offer, owners voted to deny the bid for relocation and the Kings were sold to Vivek Ranadive.